0
You have 0 items in your cart
Go To Shopping
Home > Featuring on WATC > CEOs pull support for US President: Donald Trump condemns white supremacists two days after women killed in Charlottesville 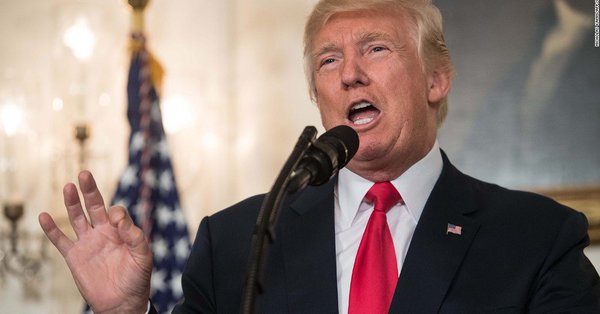 Two days after a white-nationalist rally took place in Virginia, Donald Trump has finally condemned the white supremacists however three CEOs of major corporates, which claim to actively support diversity and unity, have already pulled their support for the US President.

Trump has now denounced the Ku Klux Klan and neo-nazi’s as criminals and thugs, after initially saying that “many sides” were to blame for for the white-nationalist rally.

The President has come under fire from journalists, politicians and social media for his failure to respond forcefully and quickly to the weekend’s violent rally in Charlottesville.

The teenager is said to have entertained sympathy for Nazi’s when growing up.

After mounting pressure, Trump finally released a new statement to reporters at the White House.

“Racism is evil and those who cause violence in its name are criminals and thugs, including the KKK, neo-Nazis, white supremacists and other hate groups that are repugnant to everything we hold dear as Americans,”

Trump said America showed its true character by responding to hate with love and unity.

“We condemn in the strongest possible terms this egregious display of hatred, bigotry and violence,” he said.

“It has no place in America.”

“No matter the colour of our skin, we all live under the same laws. We all salute the same great flag. And we are all made by the same almighty God.”

Since releasing the additional statement, Trump has taken to Twitter commenting on the media’s coverage of his statement:

Made additional remarks on Charlottesville and realize once again that the #Fake News Media will never be satisfied…truly bad people!

The CEOs of pharmaceutical giant Merck, sportswear retailer Under Armour and Intel have all resigned from Trump’s American Manufacturing Council, following his reluctance to denounce white nationalists.

Kevin Plank, head of Under Armour, said he was resigning to focus on “the power of sport which promotes unity, diversity and inclusion.”

Actress Jennifer Lawrence has taken to social media, asking people to identify any white supremacists in the photographs:

“These are the faces of hate,” wrote on her Facebook page.”

“Look closely and post anyone you find. You can’t hide with the internet you pathetic cowards!”

0Shares
donald trumpracismwhite supremacists
Previous PostTaylor Swift wins court case: “This is for anyone who feels silenced by sexual assault”Next PostWhat is the gender pay gap?