Today marks the 71st anniversary of the Holocaust and thousands will be commemorating the occasion through the theme, ‘Don’t Stand By’, as part of Holocaust Memorial Day.

The Holocaust Memorial Day Trust (HMDT) is responsible for setting the annual theme and the group will ask everyone to consider their own personal responsibility and to not become a bystander to persecution and genocide.

Holocaust Memorial Day is dedicated to remembering those who suffered persecution during the Holocaust and under Nazi rule. The chosen date honours the anniversary of the liberation of Auschwitz concentration camp by the Soviet army in 1945.

The Holocaust is often viewed as the most atrocious genocide of the modern world. Under Adolf Hitler’s Nazi regime, six million Jews were murdered in Germany and across occupied territory. Alongside these, hundreds of thousands of Slavs, ethnic Poles, Romani gypsies, people of colour, the disabled and homosexuals were also sent to concentration camps and killed.

HMDT aim to remember and mark the Holocaust annually and ‘ensure that the horrendous crimes, racism and victimisation committed during the Holocaust are neither forgotten nor repeated, whether in Europe or elsewhere in the world’.

The trust also recognise other genocides such as Cambodia, Rwanda, Bosnia and Darfur. They aim to bring education on these and heighten awareness.

Alison is the Digital Content Editor for WeAreTheCity. She has a BA Honours degree in Journalism and History from the University of Portsmouth. She has previously worked in the marketing sector and in a copywriting role. Alison’s other passions and hobbies include writing, blogging and travelling.
Previous PostMI5 is named the top employer for LGBT equalityNext PostWhy ‘business as usual’ is not the best route to a fulfilling life 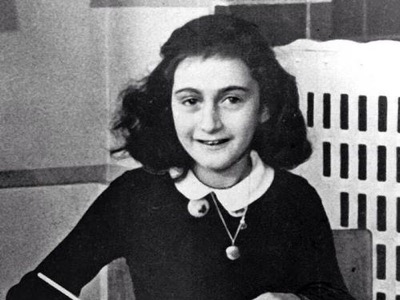