0
You have 0 items in your cart
Go To Shopping
Home > News > Current Affairs for Women > Dr Miranda Brawn, Jayne-Anne Gadhia DBE & Sam Smethers among the women offered a City Freedom 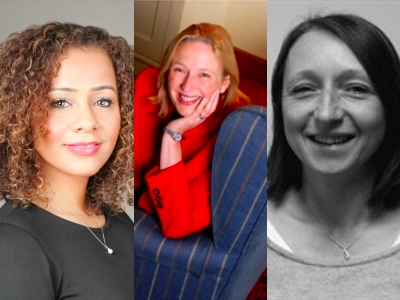 Over a 100 women will receive the Freedom of the City of London to commemorate the centenary of the Representation of the People Act 1918.

The Court of Common Council, the City of London Corporation’s top decision-making body, has today set the final seal of approval upon the Freedoms, paving the way for ceremonies to take place at Guildhall over the next coming months.

Last year, the City Corporation agreed to mark 100 years of female suffrage with the award of the Freedom by inviting members of the Court of Common Council and colleagues in their City of London Wards to nominate candidates.

Drawn from a wide range of backgrounds, but all of them with a connection to the City, the 106 women include:

Catherine McGuinness, Policy Chair at the City of London Corporation said, “Many congratulations to everyone who accepted the City’s invitation to receive the Freedom of the City of London among them, a restaurateur, actor, florist, ecologist, beauty salon owner, town planner, and the Bishop of London.”

“My colleagues shared my enthusiasm to invite women from as many walks of life as possibly, and I am very encouraged that we have exceeded our target of 100 women, and that we are announcing the news ahead of International Women’s Day.”

“I hope that our new Freeman enjoy attending their ceremonies at Guildhall and will take pride in their Freedom, which is one of our most historic and celebrated traditions.”

The Freedom of the City of London is believed to have begun in 1237 and enabled recipients to carry out their trade; and today, people are nominated for, or apply for, the Freedom, because it offers them a link to the historic City of London and one of its ancient traditions.

The Freedom is also offered to individuals by the City of London Corporation to help celebrate a significant achievement, or to pay tribute to their outstanding contribution to London life or public life.