0
You have 0 items in your cart
Go To Shopping
Home > Culture > Film, TV & Music > Elisabeth Moss reveals sexist executives said her ideas were “too female”

Actress Elisabeth Moss has revealed that a TV show she recently pitched to executives was rejected for being “too female”.

Speaking to Digital Spy, the star of Mad Men spoke out about her experience with the sexist television executives.

“I have experienced [sexism in the workplace] in pitching something that is female-led,” Elisabeth said.

“I have been told that it was too female. By [male] executives.“

“I was shocked by it. I won’t say specifically [what it was]… it was in the last couple of years. It’s shocking. It’s almost illegal.“

She went onto explain that the rejected show has been picked up by a different set of executives.

“It wasn’t said to my face – I would dare a male executive to say it to my face now. You get feedback. We did fine,” she explained.

“We’re making it, it’s fine. Just not with those people who thought it was too female!”

Moss is currently starring in The Handmaid’s Tale, a feminist television show set in a dystopian world where fertile women become property of the state in order to conceive children for the elite.

On the show’s feminist themes, Moss discussed with Elle UK it’s impact on her and how she views feminism:

“I’ve lived a privileged existence as a white woman in America, and I think that a lot of women like me have had to take ownership of their feminism and become vocal and active in a way we didn’t feel like we needed to before.“

“We live in a different time” . 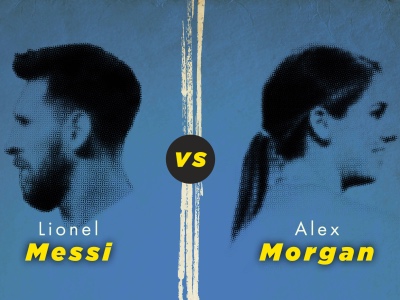