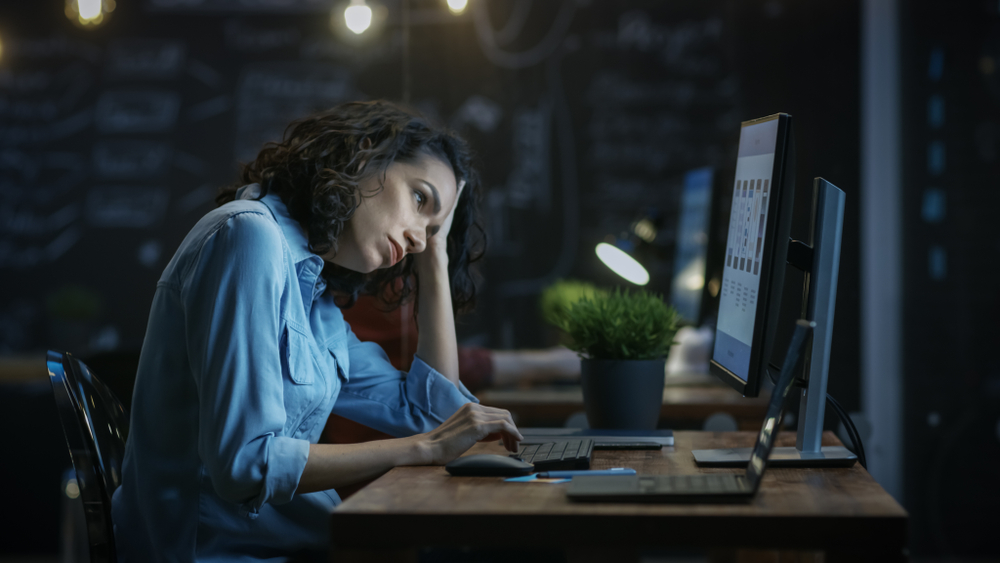 Hardworking professionals are feeling the effects of longer working days and unpaid overtime, according to new research.

A new study by law firm, Wright Hassall, found that the average worker is performing nine or more hours of overtime in a given week, which totals more than one working day, compared to just three or more hours before the start of the pandemic.

The research also found that more than half are actually doing so without being paid for this.

The survey conducted by the firm reveals that 48 per cent of business professionals cite lockdown as the main reason for their extended working day, as 41 per cent say they are working extra hours to help support their company during an extremely challenging time.

Remote working has also had a significant impact, as 34 per cent struggle to log off on time, while 29 per cent say they feel under pressure to perform due to a lack of job security.

The data says this is having a damaging impact on workers’ loyalty, with almost 28 per cent saying this has negatively impacted their future commitment to the company, while one in four say they simply want a better work life balance and the same number say they want to feel supported.

Unpaid overtime is having a knock-on effect in terms of workers’ mental health, with as many as 34 per cent saying they feel more anxious, 31 per cent feel more stressed, while one in four struggles to switch off.

22 per cent say they have trouble sleeping, while 17 per cent have lower job satisfaction as a result of longer working days.

In addition, the data revealed that 18 per cent feel concerned that unpaid overtime will become the norm of their business even after lockdown ends.

Speaking about the research, Tina Chander, Head of Employment Law at Wright Hassall, said, “Not only has lockdown had a significant impact on businesses who are struggling financially, but it has also had an impact on their employees, many of whom are working extended hours trying to keep businesses afloat.”

“It can be emotionally and physically draining to work extra hours for no additional pay, and even more concerning if you’re not receiving the right level of support from your employer  when overtime starts to affect your mental health.”

“It’s important to raise any concerns with HR or your supervisor, to ensure you don’t suffer in silence.”