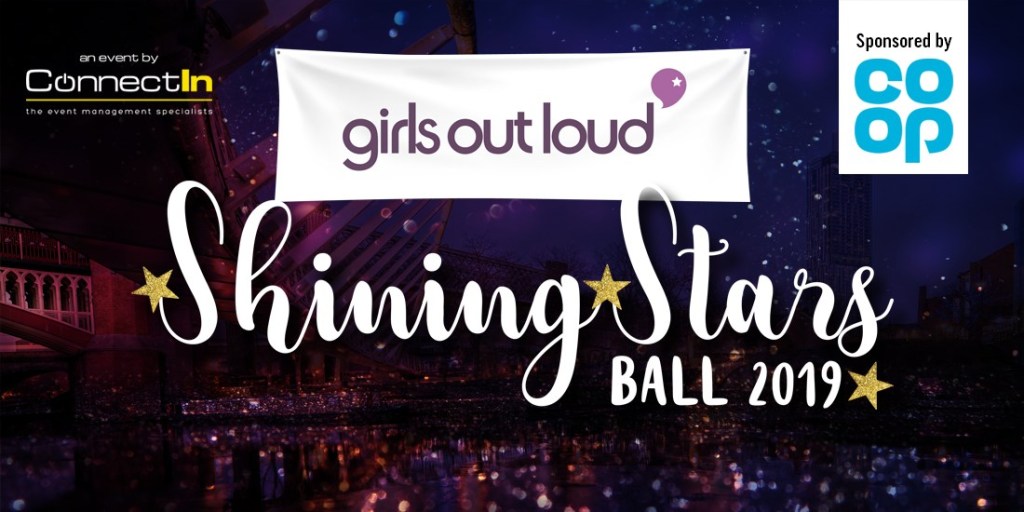 HELP US TO EMPOWER TEENAGE GIRLS IN THE NORTH WEST TO LEARN, LEAD AND THRIVE Girls Out Loud is

HELP US TO EMPOWER TEENAGE GIRLS IN THE NORTH WEST TO LEARN, LEAD AND THRIVE

Girls Out Loud is a multi-award-winning social enterprise based in Manchester on a mission to raise the aspirations of teen girls. Launched in 2010 we have delivered our interventions including our Big Sister mentoring programme in over 40 schools and impacted the lives of over 6000 teenage girls and we want to share our unique approach and success to date with the people of this amazing region.

We are hosting our second black tie fund raising ball on Wednesday 2nd October 2019 at The Hilton, Manchester as a way of celebrating and sharing some amazing stories of some of the people who have been involved in our work to date including, corporate supporters, advocates, ambassadors, schools, Big Sister mentors and most importantly the teenage girls we exist to inspire.

Our first ball in 2017 was an absolute blast and the feedback was awesome in fact many people told us it was simply the best black-tie ball they had ever attended so can we beat that?

Come and see how we roll and let’s make more memories together.

We promise you inspirational stories, great food, a retro party, dancing till late and lots of sparkle!