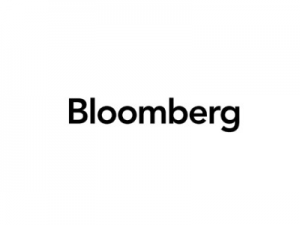 2018 marks the centenaries of the end of World War I, the formation of the RAF, and voting equality in the UK, and this conversation will celebrate these important milestones. Discussion will cover the highs and lows of conducting varied global operations, the lessons we can learn in the Financial Services Industry from their leadership and what the next frontier of military service in Britain sets to achieve.

The conversation will be moderated by Bloomberg TV anchor and Radio presenter Guy Johnson, drinks and canapes will be served immediately after the discussion.

Air Chief Marshal Sir Stephen Hillier is the Chief of the Air Staff, in command of the Royal Air Force since July 2016. He leads a Whole Force of some 35000 Regular and Reserve personnel and nearly 5000 Civil Servants, supported by thousands of contractors. He is personally accountable for the safe and effective operation of over 700 manned and unmanned aircraft and for meeting the airpower needs of Defence on operations world-wide.

A Tornado GR4 pilot and flying instructor, he has over 3500 flying hours and extensive operational and command experience, ranging from squadron pilot to theatre commander of British Forces. He received his knighthood in 2014 and was appointed CBE in 2004. He was awarded the Distinguished Flying Cross for operations over Iraq in 1999,and the United States Bronze Star for Iraq operations in 2003.

He is married to Elaine, who has provided incredible support to him and to the wider RAF family for over 30 years, and has 2 grown-up children. Air Chief Marshal Hillier reluctantly now describes himself as a former long distance runner, frustrated by injury. Instead he now relaxes by road and mountain biking, photography, hill-walking and reading.

Wing Commander Caz Viles embarked on her Royal Air Force career as a pilot bursar on Southampton University Air Squadron (SUAS). Following the completion of her Biochemistry degree she commenced Initial Officer Training in 2001. After multi-engine pilot training she was then posted to the C130J on XXIV Sqn. Tours as a co-pilot and captain followed, which included numerous detachments supporting Op TELIC and Op HERRICK.  During this time she also undertook the role of pilot SME within the Training Support Team, responsible for the delivery of an aircraft block upgrade and providing the transition planning for the C130J Fleet’s move to RAF Brize Norton.

Promoted in 2014 she remained on the C130J Force as the 30 Sqn 2ic. After ten years of continual service on the C130J Fleet she moved to MOD Main Building to a capability desk officer role in Finance and Military Capability. This appointment provided oversight and the development of ATAAR and ISTAR options during a challenging SDSR 2015. Wing Commander Viles was then selected for promotion and Advanced Staff Trg at Shrivenham before taking command of 32 (The Royal) Squadron in December 2017.

Wing Commander Viles is married to Nigel and is a keen sailor who is found on most weekends exploring the south coastal waters. As her time allows, she also dabbles in ‘fair weather’ road cycling and has even been known to attempt the odd sprint triathlon.