During this difficult time when we are all facing the unknown, we wanted to create something to help you combat the feelings of stress, overwhelm

During this difficult time when we are all facing the unknown, we wanted to create something to help you combat the feelings of stress, overwhelm and anxiety many of us are feeling.

A more resilient you

You need this retreat if you want to..

Is this retreat is for you?

In this live retreat, delivered over two half days, our experts will introduce you to strategies and skills to develop your resilience toolkit so that you feel confident and able to cope with and recover from life’s difficulties.

We have many years of experience crafting transformational retreats and this one will be no different.

These sessions won’t just be an expert talking at you, we’ll be asking you to take part in practical exercises and live discussions to start putting into practise what you’ve learnt. 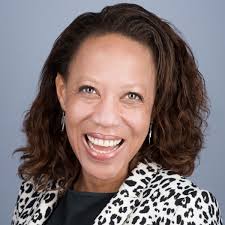 Jenny is an Award-Winning Coach, Speaker and Trainer with over a decade of experience of running a Global Business. She is a Freeman of the Guild of Entrepreneurs – City of London and was listed in Brummell Magazines Top 30 City Innovators 2016.

Jenny works with individuals and organisations, empowering them to make the transformation that they are seeking actually happen!

Jenny is best known for her work empowering working women, particularly female breadwinners, through her Amazon Bestselling Book Rocking Your Role. Her expertise in self-improvement and personal development for leaders, and her work equipping teens with the skills that leaders of the future will need through her social enterprise Rocking Ur Teens.

She has reached an audience of over 30,000 through her speaking engagements, including two TEDx Talks, and coached individuals all over the globe from Australia, to Botswana, the US, Mexico, Spain and the UK, with over 4,000 coaching hours under her belt.

Her most recent clients include MasterCard, Ernst &Young, the NHS and the National Union of Students (NUS). Jenny is a regular commentator on Sky News and LBC radio, and has been featured on BBC Radio 4 Woman’s Hour, BBC Radio London & The Telegraph amongst many others.

Jenny’s work is characterised by having depth, personalisation and meaning, or some would say ‘soul’. One client described Jenny as a ‘yoga stretch for the career!’