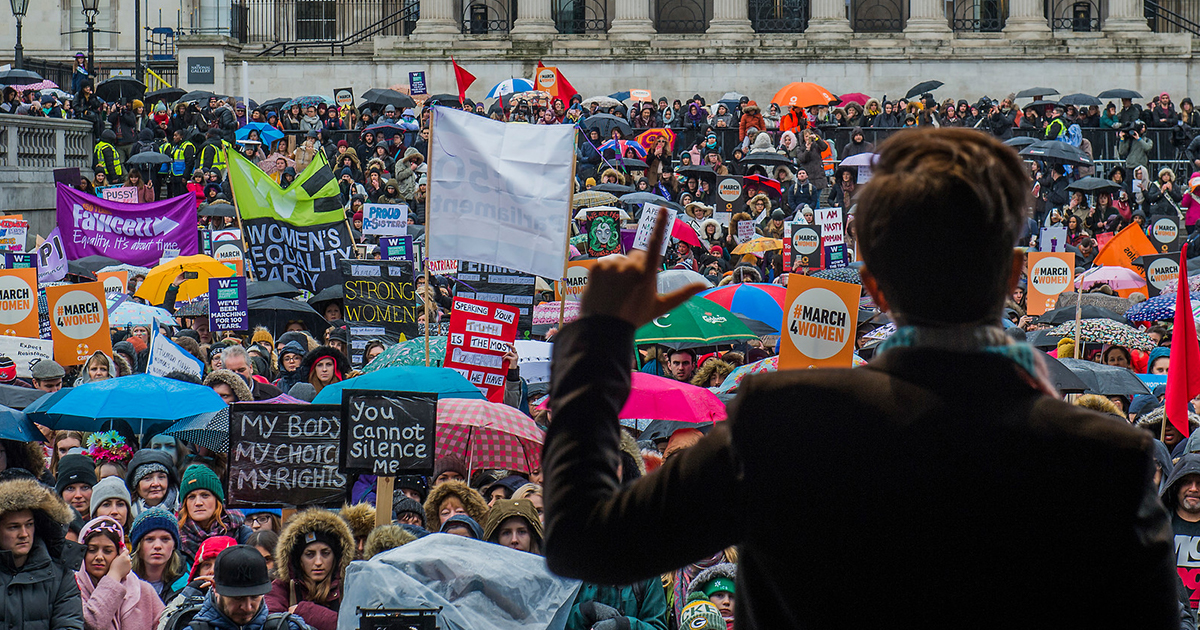 CARE International’s #March4Women is a global movement for gender equality: it’s for anyone and everyone who wants to see a more equal

CARE International’s #March4Women is a global movement for gender equality: it’s for anyone and everyone who wants to see a more equal world. Everyone is welcome.

On Sunday 8th March 2020, we will be holding a rally and a march in central London to call for urgent action on the climate crisis and the gender inequality crisis because climate justice = gender justice.

Read more about the International Women’s Day rally and march in our #March4Women FAQs.

Globally and locally, women and girls are the ones speaking up the loudest for change. They are the ones calling out the injustices that have led us to this crisis point. The ones saying enough is enough.

We are going to celebrate the power and passion of women and girls who are on the frontline of responding to climate change. We are going to call for urgent, immediate, and concrete action for climate justice and gender justice by governments around the world – including the new UK government.

Are you with us? People of all genders, will you join us on International Women’s Day and raise your voice for a fairer, more equal, more just, world?

Because without gender justice, there won’t be climate justice. So let’s make both happen.