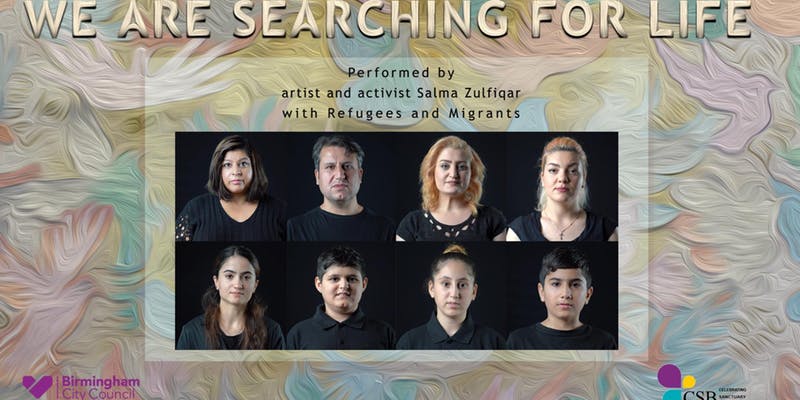 Film Screening: ‘We are searching for life’ – REFUGEES A powerful spoken word performance by award-winning Artist and Peace

Film Screening: ‘We are searching for life’ – REFUGEES

The poem performed was written by Salma Zulfiqar with contributions from the Refugees and the former Asylum seekers. The content reminds the audience why refugees are leaving their homes and calls for safe migration routes and to allow for humanitarian sea rescue . The short film also explores the refugees and migrants issues surrounding social cohesion in the UK.

This film is part of Salma Zulfiqar’s on going work for The Migration project which promotes peace, tolernace, empowerment and social cohesion. The film is supported by Celebrating Sanctuary and Birmingham City Council. Salma Zulfiqar and some of the refugees and migrants will take part in a Q& A after the film is screened and will also share experiences.