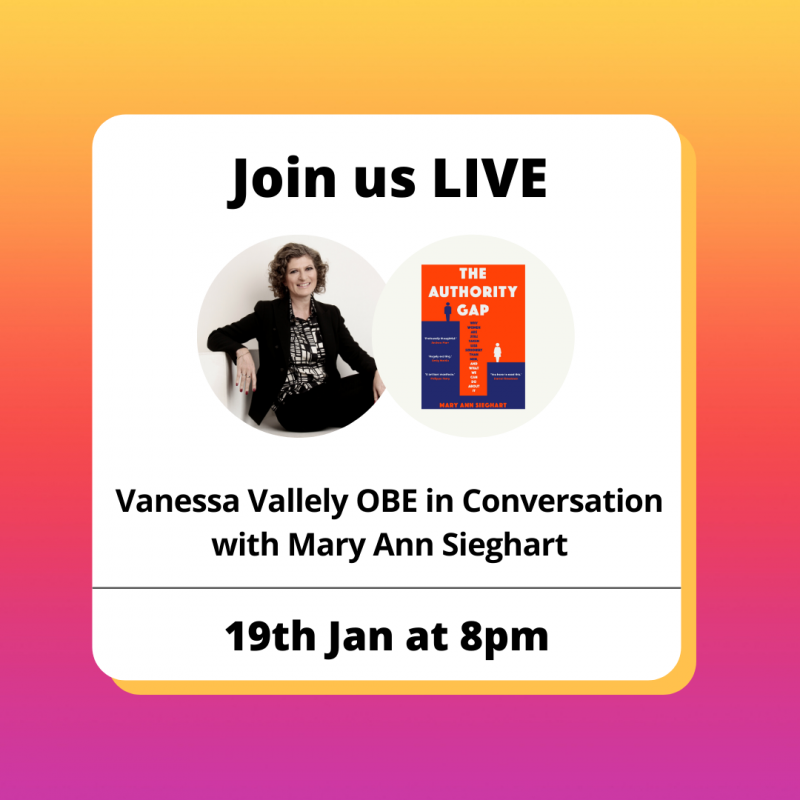 Mary Ann Sieghart spent 20 years as Assistant Editor and columnist at The Times and won a large following for her columns on politics, economics, feminism, parenthood and life in general. She has presented many programmes on BBC Radio 4, such as Start the Week, Profile, Analysis and One to One. She chaired the revival of The Brains Trust on BBC2 and recently spent a year as a Visiting Fellow of All Souls College, Oxford. She has chaired the Social Market Foundation think tank and sits on numerous boards.

Vanessa and Mary will be going live over on Vanessa’s Instagram at 8pm on 19th January. See you there! 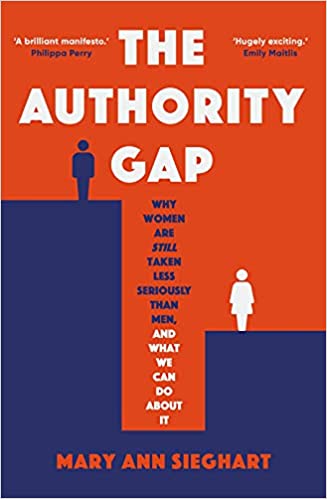 The Authority Gap: Why women are still taken less seriously than men, and what we can do about it | Mary Ann Sieghart

Imagine living in a world in which you were routinely patronised by women.

Imagine having your views ignored or your expertise frequently challenged by them.

Imagine trying to speak up in a meeting, only to be talked over by female colleagues.

Imagine subordinates resisting you as a boss, merely because you’re a man.

Imagine being trolled by women on social media for daring to express an opinion.

Imagine people always addressing the woman you are with before you.

Now imagine a world in which the reverse of this is true.

The Authority Gap provides a startling perspective on the unseen bias at work in our everyday lives, to reveal the scale of the gap that still persists between men and women. Marshalling a wealth of data with precision and insight, and including interviews with pioneering women such as Baroness Hale, Mary Beard and Bernadine Evaristo, this is a fresh feminist take on how to address and counteract systemic sexism in ways that benefit us all.