Hello. I was in Bangkok during the riots which were causing lots of problems for the local people. There were four people killed and at least 50 injured. I was told that the three meetings I had booked for the next day would probably not go ahead.

All of the appointments were in government buildings in Bangkok. I did e-mail each person I was supposed to be meeting to ask if they were still going ahead, but they were waiting to see if the strike, which the protesters were calling for, was going to go ahead.

Two of the meetings went ahead. One at the British Embassy with the trade and investment manager at the United Kingdom of Trade and Investment (UKTI ) who was really helpful and gave me some useful tips for doing business in Thailand. She has also given me some leads to move forward with. The other meeting was with the executive director of the British Chamber of Commerce.

The streets took a bit of negotiating. After almost having been killed a number of times trying to dodge around the traffic, alas someone explained I was supposed to walk over the sky-bridge. Between almost being killed trying to dodge the traffic and suffering from exhaustion after climbing the very high stairs in the extreme heat,  to cross the road, I did, not know which was the better option.  I ended the evening doing a talk for a group of people about business etiquette. I did also give someone some etiquette training.

Also a young woman asked for some advice for her six year old daughter. She wants to send her daughter to a very prestigious private school in France so that she can become confident and manage herself with grace. I said, “The most important thing you can do to get that result is to love and praise your daughter. This way she will know she is worthy and will feel confident in the world.” We did look at poise and posture as well as how to gracefully sit down and stand up from a sitting position. So all in all I am having quite a productive time.

The Thai people were very gracious, and enjoyed the training.

It is almost midnight and I have had another very busy day. I was in the hotel lobby when the bell- boy called for me to say there was a telephone call from the British Embassy. Well now, it felt so important that the British Embassy were contacting me. Never mind that it was just to tell me that an appointment had been cancelled and could they reschedule for the next day.

I did visit the Grand Palace in Bangkok on my first day and found this a mind-blowing experience. With a never ending stream of massive statues of demons and Buddha’s, the whole area is adorned with beautiful artefacts. The King of Thailand has great status and is revered by many of the people. Everywhere I go there are very ornate statues of Buddha, surrounded by lots of decoration and flowers. There was gentle piped music in most public areas. I am really enjoying my experience here as well as the business side. I am out exploring the city whenever I get the chance.

When meeting anyone for a business meeting, as soon as we meet business cards are exchanged. They are handed over with two hands from the giver and received with two hands from the receiver. That is each thumb on the corner of the card with the other fingers slightly bent towards the palms and underneath the card. The card is presented so that the main information can be read by the receiver. A comment was made about the card, before it was placed carefully on the table in front of the person and stayed there throughout the meeting. I noticed that even when I went out socially I was given business cards in the same manner. In Thailand it is essential that the relationship is developed first before doing business.

I have just been to Terminal 21, this is a one floor one theme shopping mall. It is decorated based on well-known streets in cities such as Rome, Paris, Tokyo, London, the Caribbean, Istanbul and San Francisco. I have some great photos of “London” I still couldn’t get my coffee with cream in “London” and eventually had one in “Tokyo”.  I ventured onto the Sky Train for the experience and then a very harrowing experience trying to flag down a taxi on a road similar to our motorways. I got back to the hotel flustered but unscathed.

I am in Cambodia now, what a culture shock! You might be thinking there would be a culture shock from England to Thailand. Well no it was fine going from England to Thailand. I think Cambodia is just totally different. This country is a lot poorer than Thailand and is not as developed.   The country is still suffering financially and educationally as a result of the many wars it has endured.

I had an interview with Sapor Rendall who founded Cambodia’s most established modelling agency over 20 years ago, with the largest talent base in Cambodia. Sapor is now a fashion icon in Cambodia. I felt very lucky to line up an interview for my time in Phnom Penh with Sapor who is on the TV twice a week and hosts “Women’s Ideas CTN.” This programme is shown in many counties including America. She is also filming now for Cambodia’s Model Look Competition.

We looked at ways we could work together and what we each had to offer. Sapor was very straight talking with a clear idea of what she expected and what was realistic within the local community. She had no delusions and put an extremely realistic proposal forward. She said she would be interested in putting a write-up about what I am doing with: “The English School of Business and Social Etiquette” onto her website, to let corporate and bigger companies know that she could bring in the international training which I offer if they required this in the future.

I have been in a tuk-tuk all over Phnom Penh. I have been to the palace, ate at a Cambodian restaurant, had a massage and been to the shopping centre. I have never seen driving like this before (even in India and Kenya). Everyone has a motorbike and the whole family go out on the bike together. There was a small boy about three years old sitting on the handlebars of his parents’ bike, who, as we almost collided, put his hands over his eyes to lessen the impact. To be blind was to take the trauma away, I have never seen such an expression in a small child’s face.

I also gave a young child who was carrying a smaller child on her hip and begging, a small amount of money. Later I saw the child talking to a couple of guys in a smart car who were without a doubt collecting the money from the child. One lives and learns. On the positive side we only collided once with a young woman who just got up and back on her motor bike without any fuss, I thought we should have collided 50 times! I could not hold the bars on the tuk-tuk or I might have been left with no fingers, so my body was taking the full impact of the very bumpy roads.

Sapor who I met yesterday invited me to join her for a: “Night of fun & fashion featuring the Cambodian Model Look finalists walking in Victoria Secret, inspired designs by Phka Kn’Jay, Ambre & Jasmine.” I am just back and it was a great night, the models were so professional I can see why Sapor does do well.  I made contact with a couple of other people at the event. This event was filmed and will go out on Cambodian television in the near future.

I’ve arrived in Malaysia at my hotel at 4pm. I am due to meet someone at another hotel at 4.30. This is so different. Kuala Lumpur is a lovely city, surrounded by mountains. I have to be at another hotel for 6pm. There is an event planned for a briefing at the home of Tony Collingridges (OBE). He is the  Director of Trade & Investment in Malaysia.  I have been out all night it is 10pm now and I am just back in the hotel. Most of the presenters for tomorrows British Education Suppliers (BES) Asian Conference were there. I met some interesting people, one in particular who I am going to follow up tomorrow. I’ve had another great day.

Tonight, that is Monday, we were at the British High Commissioner’s residence.  The house was brilliant, what a size, it looked quite exquisite. I was booked in today on my 60th birthday to do a workshop at the BES Asia Forum at the Malaysian Convention Centre. My talk went so well I was really pleased with myself. A number of people came to ask if they could have their photographs taken with me after I finished. I felt like a celebrity. I am going out tonight, with some of the people I have met at the event. We are going to the Chinese market and then for a meal. I got back just before midnight, after a very good night.

I think so far I have done really well, to manage myself through three very different countries and cultures with a different code of etiquette for each country. The Thai greeting is to bring your two hands together, at chest level, as if in prayer and do a slight bow of the head. The level of your hands and the depth of the bow indicates the level of respect for the person you give the greeting too. In Cambodia the greeting, was very informal if there was one, it could be similar to the UK greeting without shaking hands or the Thai greeting.  In Malaysia,  as 70% of the population are Muslim the greeting was to place my right hand on my left side just above my heart. The food in each country has been so different too and to negotiate my way around the breakfast buffet has been a fine art of learning. You have no idea of the variations of food presented to me for breakfast. In Cambodia there was no English food other than an egg for breakfast. I have tasted a wide range of foods I couldn’t begin to describe what they even were.

My workshop and bio details are now on: Page 18 and 28  of the link below. http://www.besa.org.uk/sites/default/files/bes_asia_show_guide_2013.pdf or go to www.bes-asia.com

Enjoy Christmas! I might just get one more blog out before the big day. If not have a brilliant time and I will join you again in the New Year.

The courses are also certified for continued professional development (CPD) if required.

Ellen is our Business & Social Etiquette Blogger. You can reach Ellen on: Etiquette and Manners, Facebook, Linked In
Previous PostSecret Address to Say It StraightNext PostContract of the week: Project Planner – SC Cleared job | Berkshire 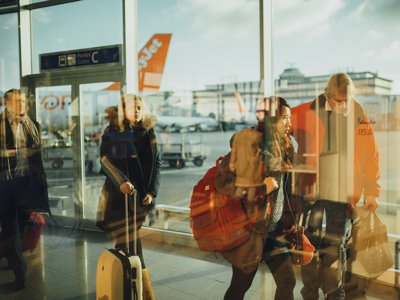 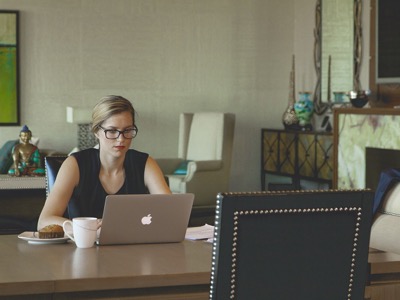 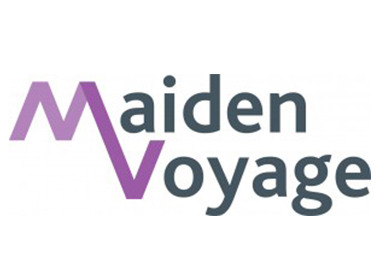