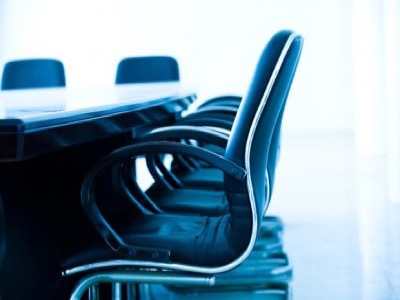 The Hampton-Alexander review’s 2018 report highlighted all-male boards across FTSE 350 continued to fall from 152 in 2011 to five in 2018, showing that gender diversity is being taken seriously.

However, the sheer fact that there are reports still needed on this issue – and in some cases, different reports paint conflicting pictures – shows we are a long way off improved representation and even gender parity in the boardroom.

According to Cranfield University’s latest FTSE Women on Boards report there are 30 women in full-time executive roles at FTSE 250 firms. Last year there was 38.

The report found that women account for just 6.4 per cent of full-time executives, with five occupying CEO positions and 19 in chief financial officer roles. Perhaps more alarming is the fact that the FTSE 100 position of businesswomen has remained the same since 2015 with less than 10 per cent of leadership positions held by females.

This contrasting picture may be due to the rise in females now holding non-exec directorships – 264 women now hold 305 FTSE 100 directorships in this way.

While the increase in non-exec directorships for women has helped increase numbers and helped chip away at targets, it looks like it’s creating a false economy and could potentially be more damaging. If more women are filling non-exec roles and the pressure is then taken off placing female leaders in C-Suite Positions, then things may begin to slide back down the gender inequality slope.

Yes, criticism should be levelled at male-dominated boards not bringing women in senior roles through the ranks. Yes, the reports should keep coming and yes, we should all continue to shine a spotlight on those who do the hiring and firing in corporate Britain.

Quotas, targets, even regulations aren’t sustainable – there needs to be a culture of change built on positivity, inclusion and good commercial sense. Highly talented females deserve to be on boards because they bring genuine value to an organisation and we should continue to tap those on the shoulder and encourage them to these senior roles. However, that isn’t enough because it’s not just the inertia at companies that is at fault. There is an eco-system of recruiters, agencies, head-hunters and intermediaries that are helping to reinforce and potentially widen the gender diversity gap in UK boardrooms.

Until this cultural sea change washes through the satellite candidate placement industry that orbits businesses and recruiters widen their nets to include more women, then we will continue to see more of the same.

We need to start slowly but start strong and build momentum. Subtle changes in the attitudes towards women and the idea of their advancement to board level are needed as a matter of urgency from anyone connected to hiring taken. Easier said than done but changing how companies regard their female employees – and this comes from the top down – can be achieved by reprogramming the existing mindset, the one which keeps building those brick walls.

One of the strongest arguments is around commercial sense. Several pieces of research have concluded that boards that have more women outperform those will fewer women. When shareholder returns are the lifeblood of any FTSE 100, 250 and 350 company, then balancing the gender gap begins to make business sense

A study of Fortune 500 companies found on average, companies with the highest percentages of women board directors outperformed those with the least by 53 per cent. And findings from the World Economic Forum show organisations with women in senior positions globally outperform those who don’t by 34 per cent in profit terms.

It’s still a huge shame that we’ve not made such progress and the same headlines still appear year after year, but by changing the conversation to one of pushing for more women on the board and instead demonstrating the business case and return on investment for UK companies – and their head-hunters – might begin to have an impact.