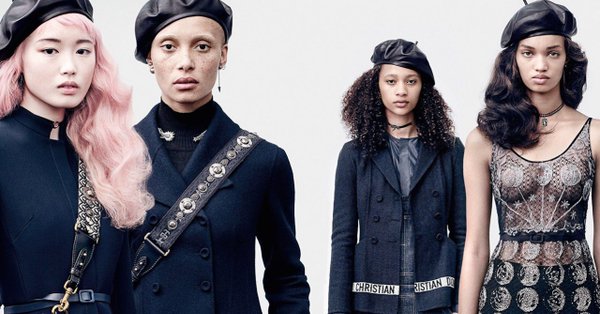 This years fashion advertisement campaigns were more diverse than ever, despite still having a long way to go for full representation.

According to the research, diversity in fashion advertising exceeded 30 per cent, a vast improvement from last year and even spring 2017’s advertising.

Edward Enninful’s Gap campaign “Bridging the Gap” featured nine out of 10 models of color, the exception being Christie Brinkley.

For the study, Fashion Spot reviewed 187 Fall 2017 fashion print ads comprising of 457 model castings. They explained the results, are “a refreshing change of pace — the most recent ad season was more racially diverse than its runway counterpart.”

“The takeaway? In terms of racial representation, change is happening.”

However, of the seven models who booked the most campaigns, just Adwoa Aboah was non-white.

A record 26 plus-size models walked the fashion runways in New York, but this was compared to just 10 plus-size models of the 457 print castings, equating to 2.2 per cent representation overall.

Transgender models were the least represented group of the season, totaling just six of the 457 castings, or 1.3 per cent.

Famous brands such as Helmut Lang, Sisley and Philipp Plein helped to drive transgender visibility in the campaigns, with Plein casting Avie Acosta in a #PLEINLOVESNY ad campaign.

Fashion Spot said: “While these steps may seem plodding — to an almost defeating degree, especially given the current administration’s recent incursions on transgender rights — they can’t be underestimated.”

“If three’s a trend, four seasons of incremental, but nonetheless visible, improvement could be considered a shift.”

0Shares
BAMEcampaigndiversityFashion
Previous PostKezia Dugdale has resigned as Scottish Labour party leaderNext PostPrincess Anne has worked the most days in 2017 of any royal, according to figures