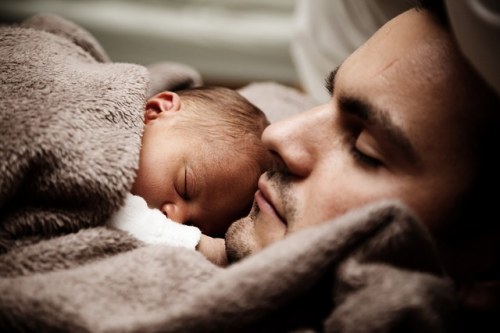 Fathers are being failed by workplace policies, according to a new report.

The report, conducted by the Women and Equalities Committee, found that current policies supporting fathers in the workplace do not deliver what they promise – despite all good intentions.

The report highlighted that this was particularly the case for less well-off fathers.

The Committee are now calling on the Government to reform workplace policies to ensure they meet the needs of the 21st century family and to better support working dads in caring for their children.

The Committee recommends that statutory paternity pay should be paid at 90 per cent of the father’s pay to help ensure that all fathers, regardless of income, can be at home around the time of their child’s birth.

It is also recommended that the Government should look into a new policy of 12 weeks’ standalone fathers’ leave in the child’s first year as an alternative to shared parental leave.

Maria Miller, Chair of the Committee said, “The evidence is clear – an increasing number of fathers want to take a more equal share of childcare when their children are young but current policies do not support them in doing so.”

“There is a historical lack of support for men in this area, and negative cultural assumptions about gender roles persist.”

“While the Government has taken positive steps forwards and has good intentions, workplace policies have not kept up with the social changes in people’s everyday lives.”

“Outdated assumptions about men’s and women’s roles in relation to work and childcare are a further barrier to change.”

“If we want a society where women and men have equality both at work and at home, I would strongly urge ministers to consider our findings.”

“Effective policies around statutory paternity pay, parental leave and flexible working are all vital if we are to meet the needs of families and tackle the gender pay gap.”

“They are carrying out a greater proportion of childcare than ever before but are still doing less than half the childcare that mothers do.”

“We were concerned to hear that men simply don’t feel able to ask their employees for leave or flexible working due to a macho culture or for fear it will harm their career prospects.”

“We need to tackle these attitudes.”

Alison is the Digital Content Editor for WeAreTheCity. She has a BA Honours degree in Journalism and History from the University of Portsmouth. She has previously worked in the marketing sector and in a copywriting role. Alison’s other passions and hobbies include writing, blogging and travelling.
Previous PostCancer Research UK becomes one of the first major charities to pay all internsNext PostDon’t let careerism take over | Stay true to yourself in business