The Fawcett Society, alongside other women’s organisations, have issued a letter to the Prime Minister urging her to protect abortion rights.

The open letter comes in the wake of the General Election results, which yielded a hung parliament, and the news that Theresa May is seeking to strike a deal with the Democratic Unionist Party (DUP) in Northern Ireland.

The DUP are known for their anti-abortion stance, and are firmly against extending abortion rights in Northern Ireland. Last year, the DUP leader, Arlene Foster, said they would maintain the ban on abortions, except if the woman’s life was at risk. The party does not allow women who have been raped to seek an abortion.

It is hoped that the open letter will encourage May to assure that she will not allow women’s rights to be used as a ‘trade-off’. Alongside the Fawcett Society, the letter features signatures from the British Pregnancy Advisory Service, UNISON, Mumsnet, Royal College of Midwives, UCL Medical School and Trade Union Congress (TUC), amongst many others.

As you will know, unlike elsewhere in the UK, abortion is only permitted in Northern Ireland if a woman’s life is at risk or there is a permanent or serious risk to her mental or physical health. As a result, women in Northern Ireland are forced to travel to another part of the UK in order to access the same abortion services as women in the rest of the UK. This affects hundreds of women each year. Only those who can afford to travel and pay for treatment – as, despite being UK taxpayers, women residents in Northern Ireland are currently not entitled to NHS funded abortion care in England – can do so. In 2015 a High Court Judge ruled that the current law on abortion in Northern Ireland was incompatible with human rights law. In his ruling, Mr Justice Horner said there was “one law for the rich and one law for the poor,” because the law makes it “much more difficult for those with limited means to travel to England.”

Women in Northern Ireland, left with few other options, have turned to the internet to buy abortion pills – but they are then criminalised for doing so. Instead of contemplating any compromise the UK government should be focussing on extending access to abortion for women in Northern Ireland to give them the same rights as others in the UK. This is not a devolved matter but rather a question of their fundamental human rights.

We are a pro-choice country which supports a woman’s right to choose. In our last parliament, MPs across all the main political parties voted for a bill to decriminalise abortion up to 24 weeks of pregnancy in England and Wales. 50 years since the Abortion Act was passed, there is clearly an appetite to extend, not restrict, reproductive rights.

We urge you – do not allow the clock to be turned back on women’s rights, and do not turn your back on the women of Northern Ireland.”

As well as their strong anti-abortion views, the DUP are also vocal on anti-LGBT matters. They blocked the gay marriage proposal and in 2005, MP Ian Paisley Jr said gay relationships were “offensive and obnoxious.” In 2007, he went further say he was, “pretty repulsed by gay and lesbianism.”

The DUP also call for creationism to be taught in schools and numerous party members are sceptical of climate change – something their former environment minister described as a “con.”

Alison is the Digital Content Editor for WeAreTheCity. She has a BA Honours degree in Journalism and History from the University of Portsmouth. She has previously worked in the marketing sector and in a copywriting role. Alison’s other passions and hobbies include writing, blogging and travelling.
Previous PostAriana Grande to be made an honorary MancunianNext PostCitizens Advice identify common things employer say to mislead workers about their rights 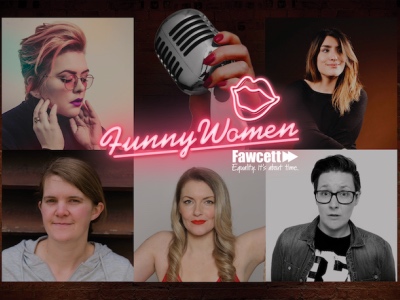