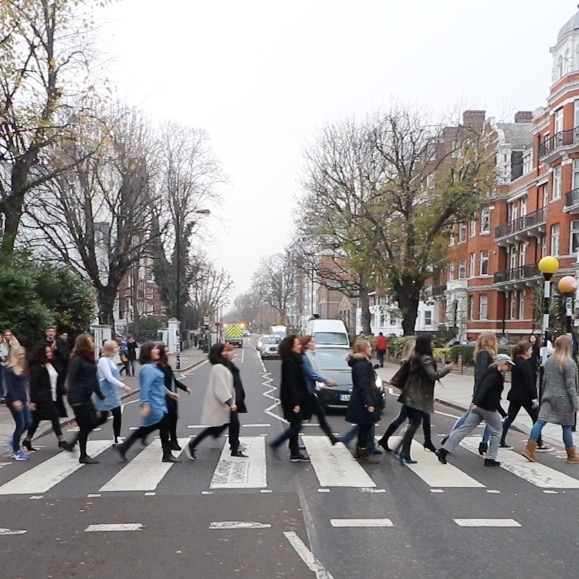 The song was recorded at the world-famous Abbey Road Studios on 22 November, and celebrates the multi-faceted roles that women play today, professionally and personally, and culminates with a vision of a future world where every girl can grow up to be who she wants to be.

The recording was an important landmark becuase it is the first song ever at Abbey Road Studios to be written, sung, played, conducted, engineered, produced, mixed, mastered and promoted entirely by women.

Among the artists taking part in the recording are West End stars, an Olivier-award winner, Hollywood film soundtrack recording vocalists, top London session musicians and acclaimed performers from some of the UK’s leading musical ensembles.

Speaking about the project, L’Estrange said, “I heard the speech and immediately found myself at my piano, writing the song, starting with the opening words of Oprah’s speech: A new day is on the horizon.”

“The song came to me quickly and I then started thinking about recording it myself releasing it as a single for International Women’s Day 2019.”

“But then I had a much better idea to record it with a group of brilliant female singers and band musicians.” 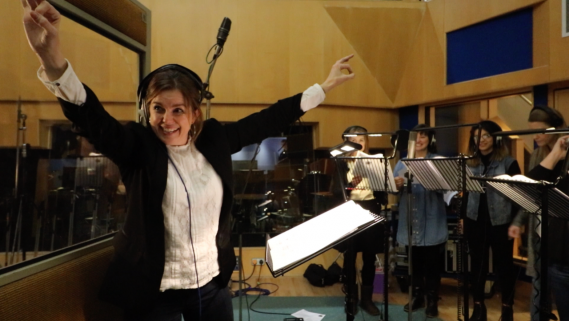 “When I approached the marketing team there about my idea, they were really supportive of the project so I knew then that it was worth pursuing.”

“I had an overwhelming positive response from colleagues in the music business too, all of whom agreed to record the single for nothing.”

“They are all inspirational women and you can read what their take on what it means to be a Twenty-First century woman here.”

The track has been released today on an independent record label and is available for download here or to purchase here.

All proceeds from downloads of the song will be donated to charities supporting girls’ education globally.

Alison is the Digital Content Editor for WeAreTheCity. She has a BA Honours degree in Journalism and History from the University of Portsmouth. She has previously worked in the marketing sector and in a copywriting role. Alison’s other passions and hobbies include writing, blogging and travelling.
Previous PostInternational Women’s Day: Who was Clara Zetkin?Next PostDTL call for more women in construction and engineering this International Women’s Day