A female merchant sailor has been denied a job interview due to her gender, with the advice to apply for a role on a cruise ship instead.

Sophie Walker, 24, having successfully qualified as a Deck Officer, applied for a role with Hong Kong based shipping company, Wallem Ship Management.

The company had contacted Walker’s college, Fleetwood Nautical Campus, looking for candidates to fill ten vacancies. However, before having a chance to interview for one of the roles, Walker received an email from the company’s Marine HR Regional General Manager, Brian Phipps, detailing that he would not be welcoming her for an interview.

The email Walker received said, “Wallem is an equal opportunity company but we will not offer places for female cadets [deck officers] because we can’t offer the appropriate onboard environment to make it work.”

“In my opinion girls have a place and a change to succeed, but it needs to be got right from the outset.”

“I would suppose the cruise industry is the most appropriate (indeed the Captain of the Queen Victoria, on which I cruised recently, was a lady).”

Speaking in the Sun, Walker said, “Not even getting the interview is blatant gender discrimination and clearly shows that even in the 2st century this kind of thing is still happening in male dominated industries.”

“This happened despite all the time and effort I spent gaining my qualification at Fleetwood.”

“I am qualified deck hand and gained all my qualifications at Fleetwood Nautical Campus. I have served on tankers, yet I am not given the opportunity of an interview despite the Wallem representative stating he would see all the candidates.”

“A copy of one email was sent by the tutor to the other 10 male deck officer candidates and I sustained deep humiliation – they were being encouraged to view me as inferior to them wholly because of my gender.”

However, Wallam insists that it does not discriminate against women, saying that they employ over 50 female staff in various roles.

Blackpool and The Flyde College, who run the campus where Walker was based, have since released a statement.

They said, “We are not aware of having had any previous dealings with the company concerned. When the incident was brought to our attention, immediate action was taken to withdraw the use of our facilities for selection purposes. We have written to the company to reinforce that the College finds the shipping company’s behaviour unacceptable.” 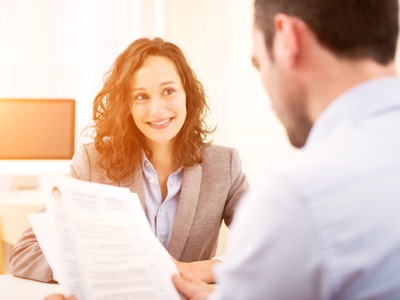 How to hack your voice for an interview