0
You have 0 items in your cart
Go To Shopping
Home > News > Current Affairs for Women > Feminist author, Kate Millett has died, aged 82 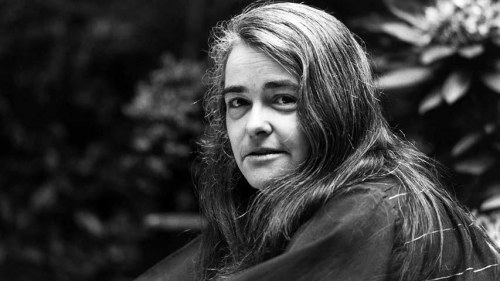 American feminist, author, artist and activist, Kate Millett has sadly died at the age of 82.

Miller, who was seen as an icon of the ‘second wave of feminism’ in the 70s, died from a heart attack, confirmed to the Associated Press by a close contact and her publishing house. It is thought that she was celebrating her birthday in Paris with her wife, photojournalist Sophie Kier.

The author was best known for her book, Sexual Politics, which was based on her dissertation, which critiqued Western patriarchy throughout society and literature.

She attended Oxford University and was the first American woman to be awarded a degree with first-class honours, after studying at St Hilda’s College, Oxford.

Alongside her written work, Miller was a renowned feminist and social activist. She campaigned for the Equal Rights Amendment in the US, for abortion rights, for women’s rights in Iran, and LGBT rights.

“A sexual revolution begins with the emancipation of women, who are the chief victims of patriarchy, and also with the ending of homosexual oppression.”

“Many women do not recognise themselves as discriminated against; no better proof could be found of the totality of their conditioning.”

“The great mass of women throughout history have been confined to the cultural level of animal life in providing the male with sexual outlet and exercising the animal functions of reproduction and care of the young.”

“As women, we’re probably more protective of children. Also, we’ve been minors all of our history.”

“Men and women were declared equal one morning and everybody could divorce each other by postcard.”

“I don’t believe in monogamy, possessing people, the rightness or inevitability of jealousy.”

“There are only moments. Live in this one. The happiness of these days.”

Alison is the Digital Content Editor for WeAreTheCity. She has a BA Honours degree in Journalism and History from the University of Portsmouth. She has previously worked in the marketing sector and in a copywriting role. Alison’s other passions and hobbies include writing, blogging and travelling.
Previous PostWomen in ASX200 companies hold just 12 per cent of high-level roles, research findsNext PostBelgian Agnes Varda is the first female director to be awarded an honorary Oscar