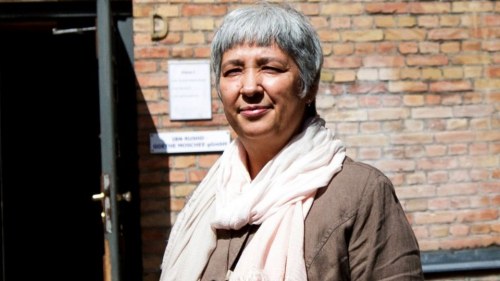 A feminist Muslim has revealed her plans to open a liberal mosque in London.

Seyran Ates, 54, has already founded a liberal mosque in Berlin and is planning on creating an inclusive place of worship in the British capital.

The mosque would be open to men, women and LGBT Muslims, as well as people from across all spectrums of Islam. The mosque also allows men and women to pray together and welcomes Atheists.

The Berlin mosque, although initially receiving an overwhelming interest, has faced dwindling numbers due to threats.

Ates herself has also received death threats via social media and has had to have police protection since 2006. Ates has been told that she is the “devil incarnate” and that she should “burn in hell.”

Despite this, the Turkish-born lawyer and human-rights campaigner hopes to establish a liberal mosque in every European capital.

Speaking to The Guardian, she said, “I’m not alone with this idea.”

“It is a movement, it’s a revolution.”

“I may be the face of the liberal mosque, but I’m alone am not the mosque.”

“We have millions of supporters all over the world.”

She continued, “There are more and more people wanting to break the chains.”

“In many countries you can find people who are practising what we’re doing, but they are doing it under cover, privately.”

“Liberal and secular Muslims are squeezed out by radical Islam, so they decide to be silent.”

“It’s not easy for liberal Muslims to be ‘out’.”

“They are tarnished as the ‘enemy of Islam’.”

Alison is the Digital Content Editor for WeAreTheCity. She has a BA Honours degree in Journalism and History from the University of Portsmouth. She has previously worked in the marketing sector and in a copywriting role. Alison’s other passions and hobbies include writing, blogging and travelling.
Previous PostToday marks 50 years since homosexuality was decriminalised but four in 10 still believe gay sex is “unnatural”Next PostWhy you are the best advert for your business and how to show it