0
You have 0 items in your cart
Go To Shopping
Home > Blogs > Careers Advice > Firm management or bullying?

In a fast paced, dynamic working environment such as the City, it is inevitable that the demands and pressures of management will be handled better by some than others.

Most of us will experience a variety of different management styles during the course of our careers. Some we will respond well to, others less so. However when does firm management cross the line into bullying at work?

Manchester United’s glory years owe much to Alex Ferguson’s firm management style. However, kicking footwear directly between the eyes of a star player crosses a line. Does Sir Alan Sugar’s management style though? Sir Alan probably considers himself merely to be providing an honest critique of a potential apprentice’s performance. He is, in his eyes I expect, the master of delivering a difficult message, but what about those on the receiving end?

Having unpalatable news communicated to us is something that is generally not done well and the temptation for some managers is to be unlike Sir Alan and deploy an avoidance technique. But what happens when an employer communicates concerns to you in a manner which you find to be aggressive and bullying?

There is no statutory definition of bullying. This is important as there appears to be a wide held belief that bullying is a type of claim. Harassment is a type of claim but it needs to be linked to a protected characteristic (sex, race, age etc) to qualify as harassment under the Equality Act. Sometimes bullying is not because of any of those things. It is bullying not for a discriminatory reason but because the manager is a bully, nothing more.

Bullying is described by ACAS as:

‘Offensive, intimidating, malicious or insulting behaviour, an abuse or misuse of power through means that undermine, humiliate, denigrate or injure the recipient.’

The key point here and why managers should proceed with caution is that one person’s bullying may not be another’s. Vulnerabilities and subjectivity all come into play in this area of the law which is precisely what makes it a difficult area.

So, if bullying is not a type of claim why would you raise it? Bullying is most often used in the employment law context as the foundation for a constructive dismissal claim where employees can argue that the term of mutual trust and confidence implied into every employment relationship has been breached. This could entitle employees to resign with or without notice and bring a constructive (unfair if two years of service) dismissal claim and to walk free from restrictive covenants. Also, bullying can lead to personal injury claims.

You should expect the following which can be seen as assertive management rather than bullying:

Having clear objectives set which are regularly reviewed

Addressing performance is a key part of any manager’s job and employees have a right to be fully aware of what is expected of them. Doing this allows both manager and employee a way in which to raise concerns in a calm and non-confrontational manner at review meetings.

It should not be personal

Managers should not target an individual’s personal characteristics as this is a sure-fire way to sour the relationship and could lead into discrimination territory. Meetings and feedback should be kept neutral and unemotional.

Two people can communicate the same message and it can sound entirely different. Managers should be properly trained so that they understand how to communicate effectively with their teams. Expect Karen Brady and not Sir Alan.

Being conscious of workloads and listening

Many employees have more than one manager setting different and competing tasks. This should be borne in mind by managers. Sometimes there is a perfectly acceptable reason for falling beneath required standards temporarily. Managers should listen to these justifications and take them on board.

Being shouted at in an open plan area (or in a room for that matter) crosses the line and satisfies the legal definition of bullying in feeling humiliated by any sort of public outburst. 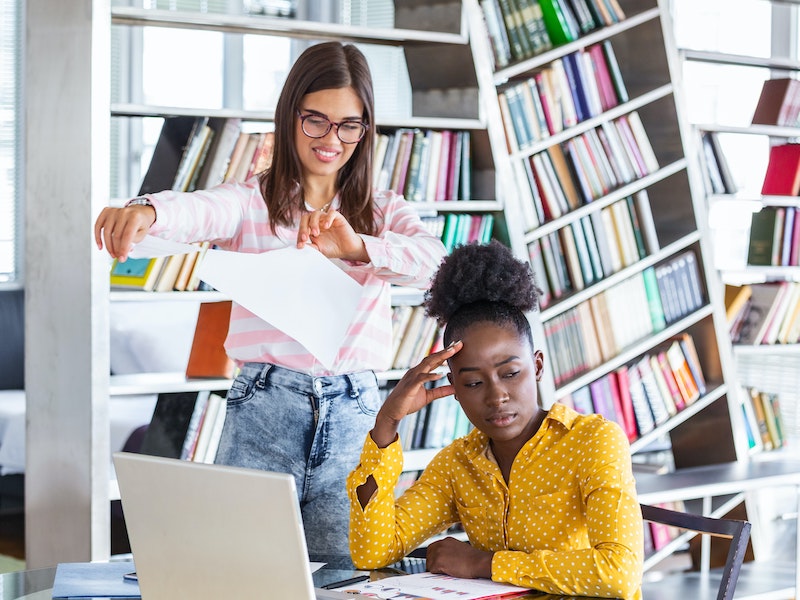