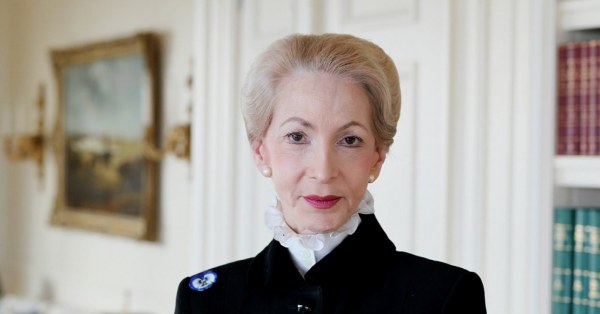 Lady Barbara Judge, the first chairwoman of the Institute of Directors (IoD), has stepped down amid allegations of racism and bullying.

According to The Times, Judge, 71, is facing 41 allegations, including ones of sexism and unreasonable behaviour.

The IoD has said that it had commissioned a full investigation into claims after its HR department were “made aware of a number of allegations from staff members.”

The Times also alleged that Lady Judge told the IoD’s director general, that “the problem is we have one black and we have one pregnant woman [on the IoD’s secretariat] and that is the worst combination we could possibly have.”

Sky News also reported that among the allegations, Judge is accused of seeking to appoint close allies to the IoD board and used her role to promote her external commercial interests.

According to an email seen by Sky News from one board director, the complaints against Judge are estimated to have cost more than £60,000.

Judge has courted controversy before – in October 2016, she claimed that long maternity breaks are bad for women.

Speaking at the Wealth Management Association’s Women in Health Forum she said, “My mother used to say: ‘When the baby is born it needs to be fed, bathed and diapered.”

“When you have to be there is when the child gets smarter than the nanny.”

Judge told The Times that she was voluntarily stepping down and would “contest these allegations and the flawed process conducted so far.”

Judge was appointed to her role at the IoD in 2015, making history as the first ever female chair.

A spokesman for the IoD told The Times, “Our HR department was made aware of a number of allegations from staff members concerning the conduct of non-executive members of our board.”

“Senior independent council member Dame Joan Stringer commissioned a full investigation into the allegations which was carried out by independent experts from the Hill Dickinson law firm.”

The spokesperson went on to say that a detailed report and findings would be discussed by IoD council members on Thursday (8th March) afternoon.

Alison is the Digital Content Editor for WeAreTheCity. She has a BA Honours degree in Journalism and History from the University of Portsmouth. She has previously worked in the marketing sector and in a copywriting role. Alison’s other passions and hobbies include writing, blogging and travelling.
Previous PostRecord number of women on FTSE 100 boardsNext PostBarbie honours role models on International Women’s Day