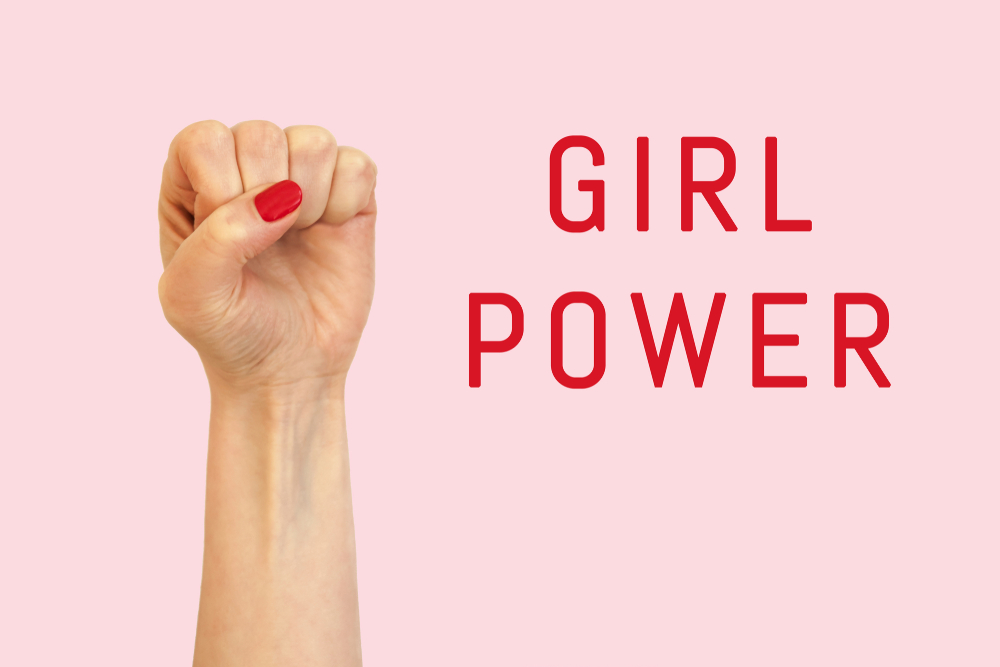 Although men start more petitions, women under 35 win the most according to petition platform change.org.

So here are five petitions being run by women that you should sign to help make the world a better place for women and girls:

Maya, 20, and her sister Gemma, 15, are sick of facing street harassment on a daily basis. They want the UK to make street harassment illegal, like it is in France, Belgium and Portugal. Already 200,000 people have signed their change.org petition and they’ve got support from the likes of Emma Watson and UN Women.

2.5 million tampons, 1.4 million pads and 700,000 pantyliners are flushed in the UK every single day. Considering most period products contain up to 90 per cent plastic which takes over 500 years to break down, it’d mean if Jane Austen had used them they would still be decomposing today! It’s bad for the environment and bad for our bodies. That’s why Ella is calling for all period products to be plastic free.

Having been hospitalised from anorexia once before, when Hope relapsed a few years ago she reached out for help only to be told by doctors she “wasn’t thin enough for support”. But the reality of eating disorders is that they aren’t just about the scales, so Hope is calling on the government to review the eating disorder guidance delivered by clinicians.

Axe the #TamponTax now we have left the EU

Laura had huge success a few years ago with her campaign to scrap the #TamponTax – that’s the five per cent levy on period products because they are classified as “luxury”items. The Government said they wanted to scrap it but couldn’t because it’s caught up in EU laws, so instead they started to donate the funds raised by the Tampon Tax to women’s charities. Laura has started a new change.org petition to pressure the Government that now we have left the EU it’s time to scrap the #TamponTax for good.

“Outlawing child marriage is the best way to stop coerced child marriage from happening”. Payzee and her sister Banaz were pressured into marriage in the UK at just 16 and 17 years old. Banaz was later murdered at the age of 20 in a so-called “honour” killing for leaving her abusive husband. Despite this, current UK law allows 16 and 17-year olds in England and Wales to marry with parental consent, so Payzee has started a petition calling for marriage under 18 in England and Wales to be a crime. 80,000 people have already joined her campaign, and you can add your name here.

Alison is the Digital Content Editor for WeAreTheCity. She has a BA Honours degree in Journalism and History from the University of Portsmouth. She has previously worked in the marketing sector and in a copywriting role. Alison’s other passions and hobbies include writing, blogging and travelling.
Previous PostPrime Minister appoints new Special Envoy for Girls’ Education ahead of International Women’s DayNext PostFeminism: A Brief History Of A Movement