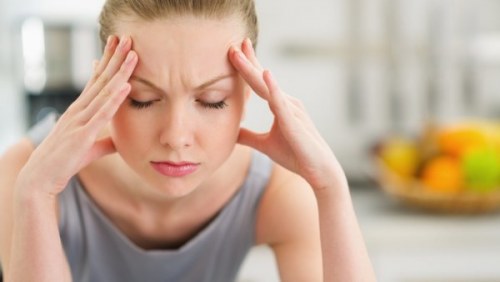 The abuse of power by leaders and others in positions of influence has gained a significant foothold on the current news agenda, fuelled in part by high-profile stories such as the sexual harassment allegations against Harvey Weinstein.

Such cases clearly highlight the damage done to people’s basic need for psychological safety and security at work, as well as respect, equality, fairness and decency. One doesn’t have to think too hard to realise the negative effect such experiences have had on these victims or the continued impact on their engagement and motivation in the workplace long into the future.

However we need to be mindful that this issue is much bigger than film impresarios, actors or politicians. The current dialogue that has been created as a result of these high-profile cases has opened up further questions, namely what else do we as leaders – whether consciously or unconsciously – do to negatively impact the psychological safety of our colleagues, subordinates and peers in everyday working environments?

Naturally there is more to achieving employee engagement than simply making someone feel psychologically secure, but it’s a vital building block that, if absent, provides no foundation from which to develop the trusting, respectful and engaging relationships that are essential for a healthy, thriving organisation.

Here, we’ll explore five ways in which leaders and managers could be putting the engagement of their employees at risk. This isn’t a ‘one-size-fits-all’ list but it is hoped that this list will give you a clear starting point from which you can begin to monitor unhelpful behaviours and take action before they escalate. Also, don’t forget that people’s behaviour changes depending on circumstances – for example, you will see more of this type of behaviour and the impact on employees will be worse when the levels of change and uncertainty in an organisation increase.

Some leaders believe that extravagant demonstrations of power and authority are the key to getting what they want. They may do this by being overtly vocal about enjoying luxuries such as business class travel, penthouse suites or expensive cars whilst asserting their superiority by turning up late to meetings, not replying to emails and putting their needs and wants before anyone else.

Leaders will sometimes create a barrier and distance themselves from other team members by actively avoiding chances to build trusting relationships with their people. Whilst this alienation may be clear to everyone else, this can be unwitting and the leaders themselves may be shocked and puzzled when this behaviour is highlighted. Of course equally It can be clearly deliberate, for example if leaders use aloofness to be ‘keep things professional’ and maintain their authority. They don’t feel it is important for employees to ‘like’ them and instead simply want them to do the work and do it well. This is a mistake as effective and engaging teamwork relies heavily on fostering and maintaining of healthy relationships between all members of the team and across all levels of seniority.

This common type of behaviour centres on leaders continuously finding fault with other team members’ work. These leaders take it upon themselves to point out others’ mistakes and ignore helpful suggestions from those around them. Common phrases might include ‘Why should I praise my team member, after all, they are getting paid for their work”. Employees cannot be expected to feel motivated, valued and inspired when their efforts are regularly and publicly criticised and this behaviour could lead to valuable members seeking employment elsewhere.

Controlling leaders often take away the confidence of others by constantly checking-up and micro-managing employees to the point where they have no autonomy in their role, leaving them feeling inadequate. This type of leader sees their people as purely being there to follow orders and will frequently be heard complaining that they can’t trust their team to do anything.

Whilst most leaders can effectively manage instances of anger and stress in the workplace, some leaders consciously use harsh words, anger and moods to intimidate and unsettle those around them. They may feel that this keeps people on their toes but in reality it simply leaves team members constantly having to second-guess their leader’s emotional state to avoid conflict. Feeling that they need to permanently ‘walk on egg-shells’ creates a constant state of stress and anxiety, which can have detrimental effects on team members’ mental wellbeing as well as engagement and productivity.

This is by no means an exhaustive list of leader behaviours that have the potential to damage those around them and you may have personal experience of other behaviours that have caused you to feel less psychologically secure at work. There are a number of actions that HR teams can take to address these issues; namely recognising and highlighting the problem behaviours, having open and honest conversations with the people in question and clearly reinforcing the positive culture of the organisation.

It’s crucial in today’s ‘all-seeing’ professional environment that leaders and employees alike remain vigilant to any behaviours, however small, which could impact on psychological safety of others. The key lies in identifying, discussing and eradicating them before they have the chance to erode the productivity and engagement of employees.

Nigel founded The Oxford Group in 1987 following a career in HR and business management with the Mars Corporation and Burmah Oil (now part of BP). Nigel is passionate about developing leadership capability in leaders of all ages, and writes and speaks regularly on this subject for audiences worldwide. He is the author of ‘5 Conversations’ and leads the associated training programmes which transform trust, performance and engagement at work. Nigel’s areas of expertise include talent identification and development, leadership development and behavioural interviewing.