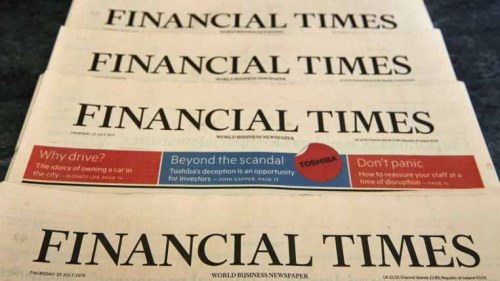 Journalists at The Financial Times have voted to take industrial action if the gender pay gap at the newspaper is not addressed.

National Union of Journalists members at the Financial Times have said that they are prepared to strike “should it be required” if women are not paid the same as men.

According to the union, the newspaper currently has a gender pay gap of 13 per cent and it was revealed on Monday that journalists could strike in an attempt to resolve the issue.

The FT currently aims to close the pay gap by 2022, but the NUJ have said the newspaper should be “ashamed” if they enter 2020 with a gender pay gap.

The NUJ statement said, “Journalists at the FT are increasingly concerned that the gender pay gap at the Financial Times is worsening and that senior managers are not taking this seriously.”

“So far, FT managers appear to have prioritised commercial initiatives over real steps towards pay parity.”

“And targets for action – including increasing numbers of women in senior jobs and improving female pay averages – have become recast as ‘ambitions’.”

“The company’s recently stated aim for equalising gender pay is 2022.”

“This is five years away and two years after the BBC’s much criticised deadline for pay parity.”

“The year 2020 will mark the 50th anniversary of the passing of the Equal Pay Act and we believe that every company, and especially the Financial Times, ought to be ashamed if it enters that year without anything less than pay equality.”

“As NUJ members, we would be prepared to support industrial action in pursuit of this goal should it be required.”

However, the FT argues that equal pay is not an issue within the publication. In a statement, they said, “We have not seen anything to indicate there is an equal pay issue at the FT, meaning an unjustifiable pay difference between men and women who carry out the same or similar jobs.”

“We take any such claim seriously.”

Continuing, the statement said, “We have a 50/50 female-male split among our workforce and there are more women in senior roles across the newsroom and commercial teams than ever before.”

“We have a long list of active initiatives in place to further that progress.”

Alison is the Digital Content Editor for WeAreTheCity. She has a BA Honours degree in Journalism and History from the University of Portsmouth. She has previously worked in the marketing sector and in a copywriting role. Alison’s other passions and hobbies include writing, blogging and travelling.
Previous Post#MakeOnePersonAware | One in 200 carry faulty gene that predisposes them to an 85 per cent chance of developing breast, ovarian or prostate cancerNext PostFemale ambulance staff “hounded for sexual favours” 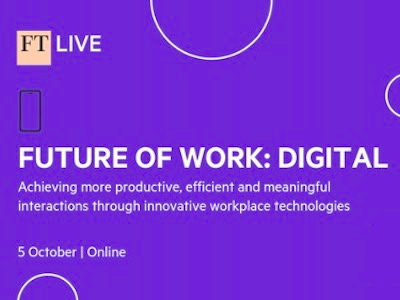 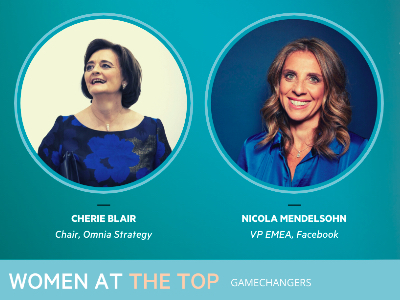