The number of women and girls participating in regular sports and exercise has dramatically increased, according to figures from Sport England.

The figures show that over 15 million more people over the age of 16 are playing sport since last year. Women account for 75 per cent of this increase; with over 260,000 more women are taking part in regular physical activity. This means the gender gap has reduced slightly to 1.6 million.

Sport England found that the gym and exercise classes, such as boxercise and spinning, have attracted large numbers of women. They also found that team sports such as cricket, rugby and netball have become more popular.

Sport England chief executive, Jenny Price said, “These figures are really encouraging and show that This Girl Can is helping women and girls to manage their fear of judgement when it comes to getting active.”

Sport England’s This Girl Can campaign highlighted the gender gap in sports in January last year. The campaign was launched after research suggested that two million fewer women regularly took part in sports than men. One of the main reasons cited by women was fear of judgement. Continuing, Price said, “When we launched This Girl Can, we set out to address the real barriers that were putting so many women off sport and physical activity. It’s clearly working.”

“One of the most striking points here is how usual trends are being turned on their heads. When more people play sport, it’s typically men who are driving the numbers. But women are now leading the way.”

“Over 75 per cent of the growth in the last year has come from women, and in particular women over 40. This shows that when you put consumers at the heart of what you’re doing, you can achieve success on a national scale.”

Despite the growth in women, the number of disabled people taking part in sport was down by 2,400 in the last year to 1.56 million.

Speaking on this, Price said, “I am concerned that, despite significant focus and investment, the number of disabled people being active has remained largely flat in the last 18 months.”

“The sports sector needs to rethink how it supports disabled people, and in particular we all need to recognise that most disabled people are over 50 and that 75 per cent have more than one impairment. We will work hard with the sector to address this as we implement our new strategy.”

Alison is the Digital Content Editor for WeAreTheCity. She has a BA Honours degree in Journalism and History from the University of Portsmouth. She has previously worked in the marketing sector and in a copywriting role. Alison’s other passions and hobbies include writing, blogging and travelling.
Previous PostIs over sharing annoying?Next PostA date in Borough Market led to foodie-related humiliation 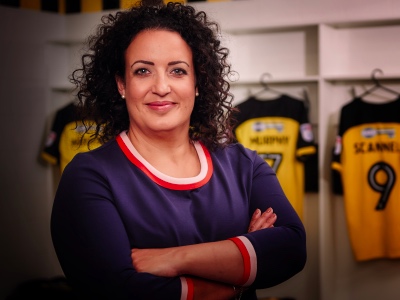