Many acknowledge there is a gender diversity problem in Britain’s boardrooms.

This is reflected in the fact that less than five percent of executive directors at FTSE 250 index companies are female. But what are the reasons for the imbalance? Do men perhaps have better leadership qualities? Our latest research suggests not. Indeed it shows that, contrary to popular opinion, male and female leaders share the same personality traits and attributes. Female leaders are not more empathetic and sensitive when compared to their male counterparts. Equally, they are no less assertive or competitive.

While the traits and attributes are the same, we have found that they are perceived differently depending on whether they are expressed by a man or a woman. It is this difference in perception, which we have called ‘gender jaundice,’ that is potentially hampering women’s rise to the top.

Our expert team assessed the personality traits and emotional intelligence of 137 director-level, female leaders in organisations with at least one hundred employees. We then benchmarked the results against a demographically, hierarchically, and industry matched male senior leadership sample.

It was found that against every measure, including approach to risk, competitiveness, conscientiousness, assertiveness, emotional management, relationships and optimism, there is no significant difference between leading businessmen and businesswomen.

Perception is the Problem

However, our research found that when women demonstrate the traits found in successful business leaders they are treated differently than their male counterparts, and this may be hindering their progress. The personality and emotional traits which are associated with successful leaders, and which are perceived favourably when expressed by men, can fail to impress when demonstrated by women.

For example, while the male executive who shows strong emotions and loses his cool is often said to be ‘passionate’, the woman who does the same may be said to be ‘hysterical’. When a man has a confident, forceful personality, he is said to be ‘assertive’; whereas the word ‘bossy’ is more commonly used to describe a woman who expresses such behaviour. Another double-standard exists in terms of the way in which women are expected to be more serious at work if they want to be seen as ‘leadership material’; being too happy is viewed as ‘flighty’ and ‘not having what it takes’.

Serena Williams’ behaviour at this year’s US Open split opinion, but it perhaps illustrates a little of what I’m talking about. While I am not in a position to say whether she was correct to act as she did, it was interesting to see that she believed her actions would have been tolerated if they had come from a man. Serena’s experience resonated among many women in business, who aligned it with the double standards they face. Indeed, our research found that female leaders are often disproportionately penalised for expressing emotion when compared to men.

Our research also looked at the factors which determine career success and again unearthed some interesting findings. When asked why somebody might reach a senior role in business, it seems obvious to assume that age, experience and education have a role to play. This is correct in the case of men; indeed we found such factors predict 25% of the reasoning behind their success. However, the same cannot be said in the case of women. In fact, according to our study, these ‘career boosts’ are 150% more likely to anticipate why any given businessman has risen to the top, when compared to any given businesswomen. Instead, it appears that women are being judged on something else. Aspiring female leaders, unlike men, are 10% more likely to be judged on their personality. If this isn’t viewed as ‘right’ – and given the problem of perception this is perhaps often the case – they will find it tough to get ahead in business.

In essence, it seems that the ‘old boys’ club’ continues to assert its influence on British business. A man with an Oxbridge degree may well be presented with opportunities and advantages in business that don’t materialise as readily for women with equivalent qualifications, even if they have better leadership traits. This means that good men are getting ahead of great women.

No business wants to be missing out on great leadership talent.  So what can be done to ensure that these often unconscious biases are eliminated from recruitment and talent management processes? I’d suggest that as a first step this ‘gender jaundice’ needs to be better understood and pre-empted. For instance, I’d urge companies to review their approach to talent management and the language they use to define success and describe candidates.

Decision-makers keen to address the lack of diversity in their boardroom might also want to consider investing in impartial personality assessments both when recruiting and as part of personnel development. Psychometric assessments provide a fair and equal assessment of candidates and employees, giving employers and management teams an unbiased view of a person’s traits, work-related behaviour and style.

By taking these critical steps, and being armed with these fairer insights, we will all be much better placed to tap into the pool of female talent that is ready and waiting to reach its full potential in our organisations. 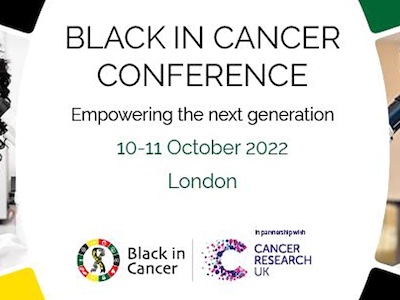