0
You have 0 items in your cart
Go To Shopping
Home > News > Current Affairs for Women > George Osborne: New State Pension Reformation Benefits Women and the Self-Employed Chancellor of the Exchequer George Osborne has said that the changes made to the new State Pension that went active on the 6th of April 2016 are going to benefit women and the self-employed greatly.

With up to “3 million better off by 2030”. Although some analysts say it will be less generous to retirees in the long term.

Osborne abandoned tax raid plans after backlash from Conservative MP’s. The plan was for a tax raid on the pensions of millions of middle-class workers in his forthcoming Budget amid concerns that it was be “damage saving”.

“The new system means that at last, people will have certainty in what they can expect from the state in old age,” Osborne said in a statement. “These changes will benefit women in particular, with 3 million significantly better off by 2030.”

The single tier system means to qualify for a basic state pension you would need 10 years on your National Insurance, and then to qualify for a full/higher state pension you would need 35 years. The main feature of the single tier system that could aid most women is the fact that if you have between 10 and 35 years on your National Insurance you will be able to pay into your pension to make up those years. There are two payments, and are split up into two classes:

The idea that you can gain more years on your pension through these weekly payments will ultimately aid women, in particular women who have taken time off of their careers to care for children, who may return to work and find they haven’t accumulated enough years to qualify for a higher state pension.

However, the Institute for Fiscal Studies has said that while the reformation is “sensible,” 61% of retirees in the next four years will receive less than the new flat-pension rate as it is currently. This is due to the face that most will not have had the chance to contribute to these additional payments.

Women’s entitlement to their State Pension has been under pension reforms over the past few years. The reformations to the pension include the age of entitlement and the quantity of National Insurance credits. In 2016 there will be more changes to women’s pensions.

This article was provided by Ellie Bridger

Eleanor Bridger is a writer from Rayleigh, Essex who was born on 5th December 1995. She is in her second year of completing a BA honours degree in Creative Writing at the University of Winchester - where she also serves as CW Student Representative for her year.
Previous PostWorld Health Day: Diabetes AwarenessNext Post09/06/2016 – 11/06/2016: Show Up; Sparkle & Be Heard Live! 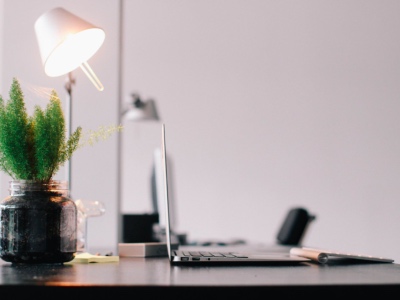 Seven Ways for Freelancers to Weather the COVID-19 Storm

Self employed life as a full time mum

The ‘Motherhood Penalty’ & The Gender Pay Gap: How It Harms Women Workers, and Especially The Self-Employed