Young girls are too embarrassed by their periods to participate in sports, according to a new survey.

The betty for schools programme found that 46 per cent of girls are being held back from participating in sport at school due to taboos around periods.

Of the 2,000 women polled, 46 per cent said that they had used their periods as an excuse to skip PE classes, even when they felt well enough to take part.

One of the main concerns for girls was the fear of leaking, with 39 per cent admitting that this was a serious concern. Around a quarter of women also said that they have excused themselves because they were too scared of their sanitary pads being visible to others or slipping around as they exercised.

Of those polled, 63 per cent also said that they dreaded PE lessons while on their periods. Social taboos around periods could be to blame, with 74 per cent stating that period shame was one of the main barriers to girls participating in sports in school.

As a result of the survey, betty for schools has launched their #ActivePeriod campaign to encourage parents and teachers to talk to children more about periods and exercise during Women’s Sport Week.

The campaign is supported by Sam Quek MBE, England and GB Hockey player, who said, “For me, sport and exercise are a huge part of life.”

“I find it really sad that periods – something all women experience for a big part of our lives – are creating a barrier to sport for so many.”

“We have to work to break down taboos around periods – this starts with elite sportswomen being more open and honest, with schools creating the environment where girls can talk about the changes the bodies are going through, and education that empowers us all to know and understand our bodies better.”

The betty for schools programme aims to educate a generation of girls and boys who are truly at ease talking about periods. They work with young people, education experts and schools to develop curriculum-linked lessons for eight to 12 years old around the subject.

Becky Hipkiss, Education Manager at betty for schools, said, “We know the value of exercise for our bodies and our minds – at all ages – and it’s really worrying that so many girls are finding that the weight of taboo around periods prevents them from participating in sports.”

“More needs to be done to teach young girls about the benefits of exercise and to help them overcome the embarrassment about this perfectly natural time of the month.”

“This has to start at school, with PE teachers being understanding of different girl’s needs, but also creating a comfortable environment in which girls feel empowered to work within the changes they experience each month.”

“Girls also need to be wearing the right size and type of products which mean they can exercise without fear of leaking.”

After pulling out of an upcoming Boston competition due to crippling period pains, Sawyer spoke out saying it “isn’t talked about enough in sport”, and urged girls that they are “not alone.”

Alison is the Digital Content Editor for WeAreTheCity. She has a BA Honours degree in Journalism and History from the University of Portsmouth. She has previously worked in the marketing sector and in a copywriting role. Alison’s other passions and hobbies include writing, blogging and travelling.
Previous PostGal Gadot earned shockingly low salary for ‘Wonder Woman’Next PostYoung female voters powered Labour’s surge in the snap-election 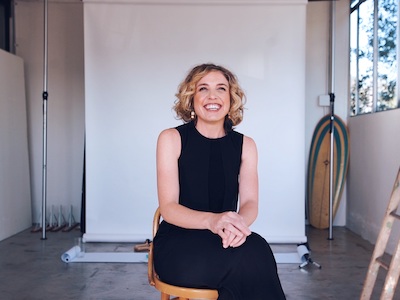 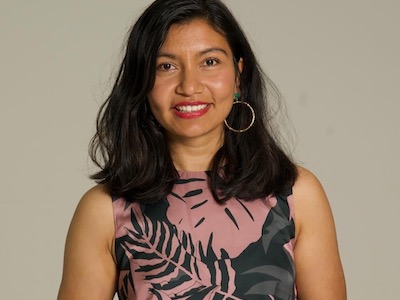