0
You have 0 items in your cart
Go To Shopping
Home > #Vote100 > #Vote100 News > Government announces £2.5 million investment to celebrate centenary of suffrage 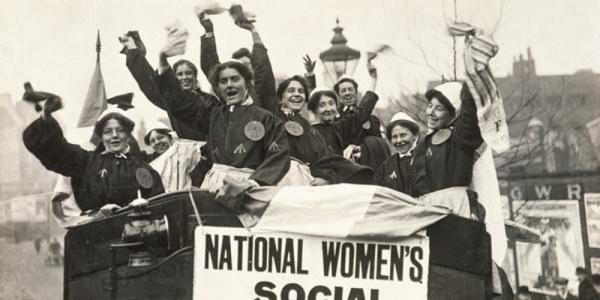 Minister for Women and Equalities Amber Rudd has announced details of the government’s £2.5 million investment to celebrate the centenary of suffrage.

Rudd opened a £1.5 million Women’s Suffrage Centenary Grant Scheme for bids of up to £125,000 for projects running throughout the centenary year to encourage communities to celebrate and to help make modern politics more accessible.

A further £1 million will also be invested to mark the important democratic milestone, including a scheme to inspire a new generation of young women by matching them with leaders in their communities.

Speaking about the funding, Rudd said, “100 years ago, an army of brave women made enormous sacrifices to pave the way for the equal rights we enjoy in this country today.”

“The projects funded by this £2.5 million fund will honour their legacy by opening up modern politics to more people and ensuring we remember this landmark moment in our proud democratic history.”

Over £1 million of the Centenary Grant Scheme will be available for at least 30 large-scale schemes to increase young people’s engagement with democracy and to encourage more women to take part in public life.

The Home Secretary announced that the additional £1 million funding will help fund a number of initiatives, including a year-long pilot matching 650 young women with female community leaders – such as politicians or businesswomen – to help develop their leadership potential; the closing ceremony for the three-month long festival of The Great Exhibition of the North, which will commemorate the centenary and encourage more women to participate in politics; and a public procession where female MPs walk from Parliament to an ‘ask her to stand’ event to encourage more women to sign up as candidates

The government will also help fund a public art march through the streets of the four capital cities, with people dressed in violet, green and white to look like a moving suffragette flag.

The grant scheme and £1 million investment are part of a £5 million centenary fund created by the government to celebrate the centenary and to open up public life to more people.

£1.2 million has been awarded to Seven ‘Centenary Cities’ and towns in England with a strong suffrage history to help inspire a new generation with the legacy of women’s campaign for equal representation.

A statue of leading suffragist Millicent Fawcett, who helped win the vote for women, will be unveiled in Parliament Square later this year.

Alison is the Digital Content Editor for WeAreTheCity. She has a BA Honours degree in Journalism and History from the University of Portsmouth. She has previously worked in the marketing sector and in a copywriting role. Alison’s other passions and hobbies include writing, blogging and travelling.
Previous PostIntimidation and aggression on social media threatening our democracy, says Theresa May on 100th anniversary of women’s right to voteNext PostHow to avoid networking nightmares