0
You have 0 items in your cart
Go To Shopping
Home > News > Current Affairs for Women > Government’s diversity initiative gathers pace as KPMG, Post Office and Axa become the latest to sign Women in Finance Charter 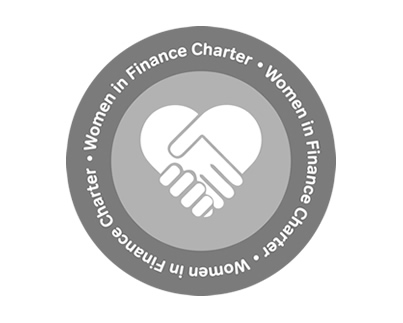 The government’s push for greater diversity in the financial sector is gathering pace, as KPMG, Post Office and Axa become the latest to sign the Women in Finance Charter.

Over two-thirds of finance firms believe that signing up to the Treasury’s Women in Finance Charter will lead to permanent and sustainable change in gender diversity at senior levels across the industry.

According to new research, conducted by think tank New Financial, 62 per cent of firms have taken specific action to support female career progression since signing up to the Charter.

Initiatives, such as succession planning, examining hiring practices and unconscious bias training, are helping to make the culture at these firms more female-friendly, and in the long run, should help firms attract and retain the best talent.

With KPMG signing the Charter, it leaves just Deloitte as the only one of the ‘Big Four’ financial services firms not to have made the public declaration to increase female representation.

The Charter came as a result of review published by Jayne-Anne Gadhia, CEO of Virgin Money, last year. The review found that within the UK financial services, female representation stands at 23 per cent on boards, but only 14 per cent on executive committees.

By signing the Charter, organisations pledge to support and encourage more women to apply for senior roles. They will also designate a specific member of their senior executive team to be responsible for gender diversity and inclusion. Companies will also set their own internal targets and publicly report on any progress made.

Speaking about the progress being made through the Charter, the Economic Secretary, Stephen Barclay said, “For too long many women in finance have been underpaid, underrepresented and undervalued compared to men and it’s great to see the Treasury’s Women in Finance Charter making a tangible difference in the banking sector.”

“Firms are waking up to the fact that promoting more women into senior roles is not only the right thing to do, but will also improve their overall business performance.”

“Diversity of thought at the top is crucial in keeping the financial sector at the cutting edge.”

Gadhia also added, “I’m delighted to see such strong progress being made by the financial services sector.”

“Embracing diversity not only improves productivity and business performance, it is quite simply the right thing to do.”

Alison is the Digital Content Editor for WeAreTheCity. She has a BA Honours degree in Journalism and History from the University of Portsmouth. She has previously worked in the marketing sector and in a copywriting role. Alison’s other passions and hobbies include writing, blogging and travelling.
Previous PostDeveloping cancer is now more common in the UK than marriage, according to researchNext PostSheila Michaels, the American feminist who popularised ‘Ms’, dies