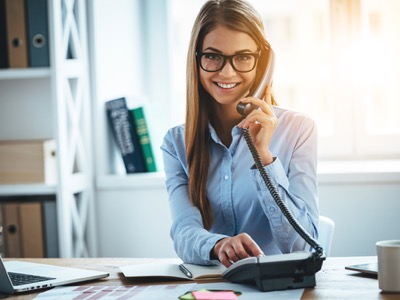 The graduate unemployment rate has dropped to 5.3 per cent, its lowest since 1989, according to a new report.

The report, compiled by Prospects, found that there are fewer graduates entering the job market, which could be attributed to Brexit fears driving them towards further study.

The report analyses the destinations of last year’s graduates, six months after leaving university. It reported a fall in the graduate unemployment from 5.7 per cent seen in 2016.

The UK has only experienced lower levels in three years out of the last 40. However, while unemployment levels are down, so is the employment rate amongst graduates – falling from 76 per cent to 74 per cent.

The report concludes that while the UK is not currently in a recession, an increasing number of graduates are going on to further study or postgraduate courses, which are historically linked to economic downturn.

The report also shows that while there were large rises in graduates entering nursing, marketing, finance and IT, there were significant falls in the number of graduates working in medicine, teaching and engineering, reflecting the decreasing number of students studying those subjects.

Despite many industries such as these having a shortage of workers, this did not translate into higher graduate starting salaries, which remained flat at an average of around £21,000.

Charlie Ball, Head of Higher Education Intelligence at Prospects said, “The graduate labour market has held up well despite the economic and political shocks of 2016.”

“Employers continue to recruit and need skilled workers, but some graduates are not behaving as they usually do in this kind of climate, they’re turning to further study.”

“This may be partly attributed to the new postgraduate loans system, but some graduates could also view further study as a safe haven, away from their fears of a Brexit downturn, which has yet to materialise.”

“As a consequence, we have fewer graduates entering the jobs market than in the last two years, just when the labour market is robust and skills shortages are more serious than ever.”

Alison is the Digital Content Editor for WeAreTheCity. She has a BA Honours degree in Journalism and History from the University of Portsmouth. She has previously worked in the marketing sector and in a copywriting role. Alison’s other passions and hobbies include writing, blogging and travelling.
Previous PostReed Smith launches survey of Female Leaders in the City of London in collaboration with WeAreTheCityNext PostWomen’s Equality Party launches a campaign to legalise abortion

Improving your personal brand is the fast-track ticket to employment

Could you be putting candidates off with poor job descriptions?