Today marks the 125th birthday of Bessie Coleman, the first female, African-American and the first of Native American decent, to gain a pilot’s licence.

In 1921, Coleman was awarded an international pilot licence and in 1922, she became the first to stage a public flight in the United States.

“The air is the only place free from prejudices. I knew we had no aviators, neither men nor women, and I knew the Race needed to be represented along this most important line, so I thought it my duty to risk my life to learn aviation.”

Despite developing an interest in flying from an early age, Coleman had to go to Europe to pursue her licence as neither African-Americans nor women had flight school opportunities in the US. Coleman taught herself French, travelled to the country and obtained her pilot’s licence in just seven months.

“I decided blacks should not have to experience difficulties I had faced, so I decided to open a flying school and teach other black women to fly.”

Before her untimely death, Coleman was saving up to open her own flight school exclusively for black pilots.

However, in 1926, Coleman tragically died in a plane crash, while testing a new aircraft – and was unable to open the school.

Coleman’s legacy, however, still lives on and throughout America and the world, she is now honoured with her namesake put to schools, airports and streets. She was also featured on a stamp and was recently animated in the TV program, Doc McStuffins.

Previous PostJayne-Anne Gadhia talks gender equality, diversity & flexible working at the Women in Finance SummitNext PostFrom CEO to motherhood and back again (with a baby in tow) 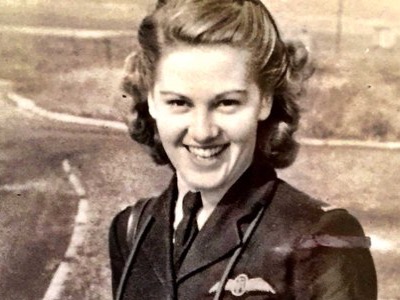