Harini Iyengar is a barrister standing for Vauxhall on behalf of the Women’s Equality Party. 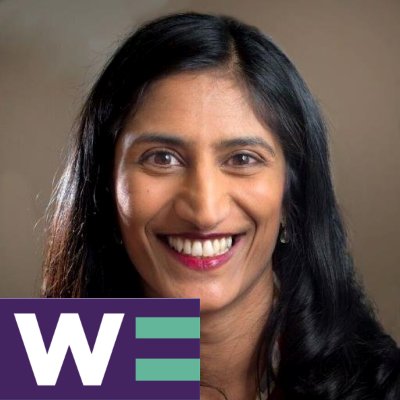 “The really serious consequence of the under-representation of women in politics is that the impact of all these austerity cuts, upon women, has not been properly considered.”

Harini Iyengar is the most suitable candidate for Vauxhall for the General Election representing the Women’s Equality Party.  She has the experience of single parenthood and the experience of dealing with equality pay cases and anti-discrimination. She knows the public does not recognise what goes on in the way of discrimination. A woman who, as a girl, was not allowed to enter the world of Science. This is not just equality for women. Men, families and everyone will all benefit from a more equal society.

“I think that the whole question of girls into Science, Technology, Engineering, Mathematics, is vital for the economy and for individual girls. It needs a huge investment. We need to go in almost with power of clothes, fashion, advertising campaigns to entice girls in, not to tell them what to do.”

“When my parents came over from India they both had post graduate degrees. My mother is my role model.   She was a GP.  She had a postgraduate diploma in childcare, which she came to the UK to do, but it was tougher for Indian Doctors back then.   She wasn’t able to get the opportunities she wanted, and she left the general practice. She made the best of it and set up her own practice, one of the last community GPs.

At the time my parents came in 1968, s there was not even a Race Relations Act. They faced very overt race discrimination. It affected them at work, it affected them where they lived; they were not being invited to social events. They felt it very deeply, very deeply.”

“I wanted to be an astronaut and go up into space from the age of nine to 16, but when I put down my options I was told I couldn’t do that, I had to choose between Arts and Science.

“As a young child, it was always the boys who had the plasticine and the crayons, and I used to go over and get them back.

I always wanted Meccano, but when my parents entered the children’s educational toys section, they went for the girls’ toys. They might have bought Meccano had I asked, but the culture of the time was such that it didn’t seem possible for me.”

In the Women’s Equality Party, what we want for girls and women is vital for the economy. Since 1999, I’ve been a Barrister, specialising in anti-discrimination, sexual harassment, and equal pay cases. I work full-time and care for my three children as a single parent. I care about the world we offer to young people.”

When you have a law, made by similar kinds of men of similar social class, having them then consider it in Parliament – again the same kind of people, in Committee, and again in the High Court – is not the same as representing women‘s diverse interest in the political  process itself”

“I do believe that, when we have equal numbers of men and women, it changes the culture”

City Eye became interested in Overlooked and Overshadowed women, both in contemporary times and through out history. The former would include the women passed over for the Nobel in favour of their male colleagues. The later would be the wives of famous men, such as Mrs. Mandela. Her study of women written out of history, led her to interviews with interesting and inspirational women, (and some men). Extracts will be published in the articles. In no way is this men versus women, as to who is better. Simply that an overly macho, military, testosterone fueled environment, mainly men, needs the balancing attributes, often, though not exclusively, assigned to women: caring, conciliation, communication. Find out more: City Eye Blog ©christina ionthecity.wordpress.com
Previous PostTop three most overlooked career advice tips for professional womenNext PostCarol Vorderman reveals her battle with depression during menopause