0
You have 0 items in your cart
Go To Shopping
Home > News > Current Affairs for Women > Headscarves can be banned at work, European Court rules

The European Court of Justice has ruled that headscarves can be banned at work.

The court ruled that employers can “prohibit the visible wearing of any political, philosophical or religious sign,” which includes headscarves.

However, the ban can only apply if the company has rules in place that requires all employees to “dress neutrally”, and that if the rule only applied to Muslim workers then it would still be deemed as discrimination.

The ban also could not be put into force on the “wishes of a customer.”

The court’s judgement was sparked by the cases of two women from France and Belgium, who were both dismissed from work after refusing to remove their headscarves.

Samira Achbita, a receptionist for G4S was dismissed after she refused to stop wearing her headscarf to work; while Asma Bougnaoui was fired from her job after a customer complained about her wearing the religious headpiece.

Both women challenged the rulings in their respective courts before the case was decided by the ECJ.

A court statement said, “An internal rule of an undertaking which prohibits the visible wearing of any political, philosophical or religious sign does not constitute discrimination.”

“However, in the absence of such a rule, the willingness of an employer to take account of the wishes of a customer no longer to have the employer’s services provided by a worker wearing an Islamic headscarf cannot be considered an occupational requirement that could rule out discrimination.”

Alison is the Digital Content Editor for WeAreTheCity. She has a BA Honours degree in Journalism and History from the University of Portsmouth. She has previously worked in the marketing sector and in a copywriting role. Alison’s other passions and hobbies include writing, blogging and travelling.
Previous PostGovernment lacks plans for achieving commitments on equalityNext PostWOW Festival 2017 | Be Bold For Change made for the most inspiring festival yet 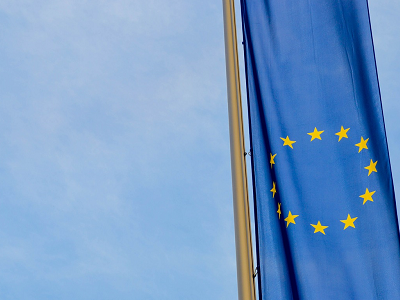