Before joining Plutora, Bob was the Chief Marketing Officer at Atlantis Computing, a provider of Software Defined and Hyper Converged solutions for enterprise customers. Bob has a proven track record using analysis-driven and measurable revenue-based marketing. He has propelled company growth at data storage and IT management companies including Kaseya (co-founder, acquired by Insight Venture Partners), Sentilla, CA, Netreon (acquired by CA), Novell and Intel.

Bob earned a BS in Electrical Engineering from Purdue University, and an MBA from Santa Clara University. He holds a patent in data networking.

Not only do I have two daughters who have very successful careers, but I have also worked with lots of women throughout my working life in both marketing and engineering – I’ve found that some of the most incredible performers in terms of productivity and skill have been women. For me, the goal is to have an organisation filled with smart, creative, energetic and self-motivated individuals, regardless of their gender. It’s important for businesses to have a mix of different perspectives, and this is improved through a healthy mix of both men and women.

I’ve never understood the counter argument to this. Why wouldn’t men want gender equality? This has never been a big deal for me. For as long as I can remember, when we hire new staff, it is always the experience and level of the candidate that’s far more important, not their gender.

There are definitely issues in the technology industry and the world in general, I hear it and read about it almost daily. Recently we’ve seen various campaigns and movements on social media, which raises the point that it’s about more than just equal pay. In my own experience, however, I’ve never been around men who I felt were of a different mind about gender equality than me, which is really positive and says a lot about the organisations I’ve worked for throughout my career.

No, these terms have never bothered me; I don’t know why this is even an issue. Unfortunately there does seem to be a certain buzz around the notion of affirmative action, which has definitely been a big deal in the US in recent decades. There can be backlash and criticism to an extent, which is human nature, but on the whole it’s important to acknowledge the positivity of initiatives like this.

Differences in the workplace can be a really good thing – the capabilities of people don’t vary because of their gender, but because of who they are. These days, I see businesses trying harder to hire people who are more diverse, to help introduce a range of perspectives to their teams and this is vital for growth. I believe the goal for a business is to get people to understand that diversity is critical to their success – you will be far more successful if you operate under the notion that different is powerful.

If I were to evaluate the population of men and women that I’ve worked with, looking at who’s willing to put themselves out there, take risks, be bold and say what they mean – I’d say that the percentages of men and women are not all that different. Some of the women I’ve worked with are the most influential and powerful leaders I’ve known and are or have been successful both on a US and international stage.

You’ll generally find you get a softer, more thoughtful approach to an argument from women than you do from men. Women are also usually more effective at dealing with difficult personalities, which partly explains their ability to lead so well. 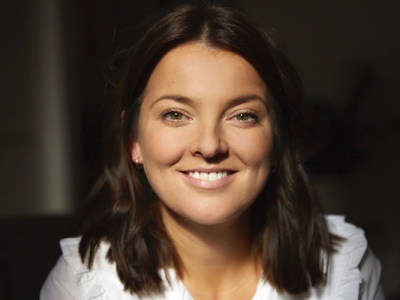 Fostering an inclusive company culture in 2021