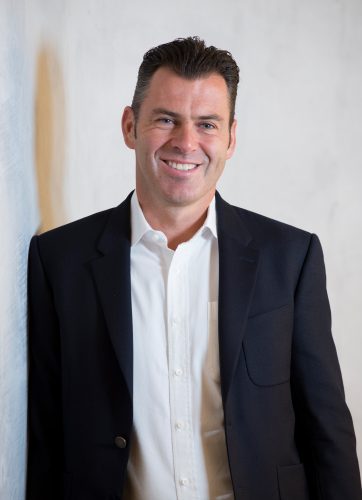 Bendotti holds a master’s degree in international relations, economy, and law from the Graduate Institute of International & Development Studies in Geneva, Switzerland, and an Executive MBA from HEC Paris.

I feel passionately about the HeForShe campaign because I recognize diversity and gender balance as a human issue. I have twin daughters and a son so the idea of gender equality really hits home for me. What it would mean in the lives of my children is that they are both given the same opportunities, they are paid equally for equal work and they are both empowered to reach their full potential. I can really apply it to them, and as a father I think about it a lot—in an ideal world, my son and daughter can thrive equally. I know we don’t live in a perfect world, but this is an issue where each one of us can make a difference. And I don’t understand how anyone who has a wife, mother, daughter, niece … or knows and loves any woman, cannot support the principles behind this campaign.

At Philip Morris International (PMI), we are undergoing a seismic change as we work to completely transform our business moving from a traditional manufacturing company to a science and technology company with less harmful, smoke-free products. And to succeed, we have placed inclusion and diversity at the heart of our business strategy to help ensure that we are attracting, developing and retaining the very best talent in science and technology.

So, in both my personal and professional life, I have a great deal of motivation to get behind the HeForShe campaign.

Gender equality in the workplace benefits everyone—study after study demonstrates that companies that are more gender balanced perform better financially. There’s no question it this makes smart business sense.

If that’s not a compelling enough reason, consider that seeking gender balance in hiring is a no-brainer; it just gives us access to a greater number of talented people. Attracting and recruiting the best talent is at the very top of the list of what most companies are going to great lengths to achieve. And to attract the top tier of talent in any industry, you need to be thinking about your attractiveness as an employer for women and how you’re ensuring that your firm offers women the same opportunities as men –otherwise you’re competing for talent and missing out on half of the world’s talent pool.

The question I would ask is why on earth as a man would you not support gender equality in the workplace?

I think men are welcome in the gender equality conversation, and I know that many of the women in my life are more than happy to start that discussion as long as we men are open to it. The problem occurs when we think we need to explain (or “mansplain”) the issue, when in fact our role is to listen.

Then I believe it’s about using the power we have to draw the attention of other men to the issue. When women speak up, back them up; when your male friends belittle the cause, challenge them; and when you’re asked to act, do it!

I think that can be true, but it doesn’t mean those groups shouldn’t exist. It’s a good idea to have people who understand and speak the same language when it comes to your cause. But we won’t achieve progress or meaningful change if it’s just women having conversations among themselves—men also need to be included and part of the conversation so that we can help and support.

That’s why on International Women’s Day we’re flipping the script and hosting our first Fair Share communications conference—the attendees are all men from PMI, and they’re being addressed by globally recognized women with expertise in talking to women. We want to equip the men in our organization to be able to better communicate with women, build their understanding of our gender differences and how we can build better gender balance at PMI. And it’s a perfect fit with this year’s International Women’s Day theme, #BalanceforBetter. We really recognize the role that men have to play and the real need for them to be part of the conversation—getting us involved is essential.

The most important thing is for businesses to take collective responsibility for the advancement of women’s careers; everything from reviewing hiring strategies to ensuring women have equal opportunities and support to advance, and creating a more flexible working culture that makes is easier for all employees to combine their personal life with a successful career. It shouldn’t just be put on women to fix this, it must be a priority for every business and everyone within the organization, regardless of gender. If business leaders make gender balance a key element of their KPIs, then everyone will have a vested interest in making progress.

The next step: equip men with tools they need to make a difference. And help them understand why working toward gender balance is in their best interest (we know it’s in everyone’s best interest). That’s where employers can facilitate important conversations. Our Fair Share conference—the attendees, all male—is all about fostering these very types of dialogues.

I have mentored and supported the careers of many women. Today my management team is made up of 40 per cent women.

There are some studies that demonstrate just that—women can be more reluctant to go for jobs that they don’t feel 100 percent qualified for, while men don’t worry about not being entirely qualified. I push women to go for it and back that up with support, ensuring their voices are heard and they are in the room when decisions are made so they can contribute, learn and build their confidence.