0
You have 0 items in your cart
Go To Shopping
Home > Inspirational Profiles > HeForShe > HeForShe – Jonas Olofsson, Director of Technology at Expedia, says diversity is crucial for innovative products

Jonas Olofsson, Director of Technology at Expedia, shares why he’s in support of the United Nation’s HeForShe campaign. HeForShe focuses on gender inequality, which is a great step towards achieving inclusion in workplaces for everyone. All people needs to be allowed to be themselves, no matter your gender, sexual preference, race, etc. This is what motivates us all so we can do our job well.

HeForShe specifically addresses gender inequality which actually benefits companies bottom-line directly in my opinion. It’s important for companies to have a diverse workforce as its crucial when building innovative products that cater for different demographics. Gender equality is extremely important for Expedia as many, if not most, our customers are female. Many of those women are the decision makers as well as the organisers of their families’ holidays. Without females in our workforce we will not be able to address some of those needs.

In addition to the revenue based advantage, diversity is also important in respect to how we manage teams and organisations. For many years I reported directly to Megan Kiester, one of our most senior females within engineering in Expedia (Now VP, Online marketing for Hotwire) and learnt a lot from her. I have a lot of peers that are female that I can see run very successful and highly motivated teams that I learn (and steal) a lot of ideas from regularly.

It’s important for men to get involved as they can make a real difference to bridging this inequality – especially where males are in majority. Men are to a big degree part of causing this inequality and hence need to be involved for progress to be made.

In addition – supporting this is directly advantageous for men as it supports equal rights both at work and at home for men.  Gender equality is not an issue only for women. More and more men want flexibility in raising their families for instance. I’m from Sweden (having lived in the UK for 15 years) and believe in balanced parental benefits for instance. I think it’s important to support gender equality for these reasons which men should have a direct interest in improving.

Men are definitely welcomed, but are not as actively encouraged to join these conversations as they should be. Also, most men will not be proactive in joining these discussions, which could be supported better. Men in leadership positions tend to be involved more due to recruitment being crucial to bring equality into a workplace so they probably hear more than men in non-leadership positions. Men that are not in leadership positions may worry that women are brought into positions with less credentials or skills to bridge the gender gap. I believe women are perhaps even more worried of this. I don’t believe anyone wants to get hired based on gender but based on skill and potential.

Our approach within Expedia is to ensure that we have as many female CVs and Applicants as possible for each position that we hire for. In addition we strive to have female employees on our recruitment loops. With our approach a 50/50 split of applicants for roles is ideal. That would support our belief that if we achieve an even balance of applicants then there would be no reason why we should not be able to achieve an equal workforce where the right person with the most suitable skills and credentials are hired – independent of gender.  The onus of bridging the inequality gender gap should not be put primarily on women as that could cause concerns – it’s an organisational challenge and need to be dealt as such. Instead it’s a challenge of how to recruit and retain talent amongst other things.

I personally do not feel that female oriented groups make men shy away from acknowledging gender inequality. However – it is important to accelerate these conversations and issues by including all parties, including men, into those discussions. Important because our industry is male dominant and due to that men can make a really big impact here.

Also, an issue is that we have not found a great way to allow these discussions that are held within these support groups to also involve men more generally. Hence the ideas surfaced within those groups may not get the impact they should have. HeForShe is a very good initiative that could improve that. Positive support groups in general should be fully encouraged and supported in all shapes of forms.

As a man I feel some topics that are discussed when it comes to create gender diversity are actually not-gender specific. The right to maternity/paternity leave (both straight and gay couples raise families today), flexible working hours, stereotyping skillets and knowledge, etc. apply to genders, sexuality, race, etc. We should all have the same opportunities both at work and at home and at Expedia our ideas start with Inclusion as a general concept. I feel one crucial aspect to get more gender equality is to bridge the gap in the benefits men and women are given when having a family – specifically maternity and paternity. Otherwise women are more likely to take more time off or may give up career opportunities for the sake of the family, which in turn makes the other person in the relationship work more which causes male dominance at work.

I believe this is a big cause for gender inequality and something men have an active interest to improve. What man would not want to stay home longer with their new-born? What woman would not want more help and get equal opportunities at having a successful career? It’s a win-win, but companies have to step up and actively improve conditions for employees of all genders to allow for this to happen. I really believe that highly skilled women AND men should actively seek out and join organisations that support this inclusive way of thinking.

I’ve been very fortunate to have hired and mentored many smart and successful women. I have hired women into management and non-leadership positions as well as individuals of different sexual orientations, etc. I find it interesting and challenging to mentor any individual to reach their personal goals in what that may be: to become a better manager, leader, engineer, etc.

I often learn a lot myself in the process and have had to change certain biased views over the years. At Expedia our priority is to build an inclusive work place and it’s important for men to mentor women to learn and grow as a leader. Mentoring women and others are opportunities I cherish.

In my experience women are more cautious to put themselves forward for jobs that are a bit of a stretch for them. Women tend to assess themselves quite hard which can result in them not applying for a position rather than letting the hiring manager assess them. This can be very limiting.

Also, I’ve noticed that women tend to assess themselves in more dimensions than men: even assess how they will be perceived for applying for a position, not only whether they’ll do well in that role. Expedia is a growing company and we do need people that are ok with taking on new challenges and to grow. Therefore it’s important for me as a manager to understand that we are all different.

I do need to be very encouraging in certain situations, more demanding/clear in others as well as give people equal opportunity to apply for new positions, etc. to grow my team. I try to think of these as individual traits more than gender based but it’s important to know this range of tools I have to work with to grow the people I mentor. Historically in a male dominant workforce it can be harder for women to feel confident which can result in being more cautious and worry about how they are perceived.

Not all male team members are risk takers or go out of their comfort zones either, but with a higher percentage of men, there is more likely to be men that are so that gets noticed. I’m definitely not an expert in this area – but I can also say that I do see both sides to this at Expedia. I see women that are more cautious – for a variety of reasons such as uncertainty of how to be perceived as well as sometimes some lacking of confidence – but also many women that are confident and that take both some personal as well as work related risks, which comes with the job when you become more senior.

The main point here is that as mentors and leaders we need to allow people to feel comfortable with being themselves. This is in my opinion the best way to mentor someone and to get them to realise their true potential and explore those. This will result in people putting themselves forward and to take on bigger challenges. 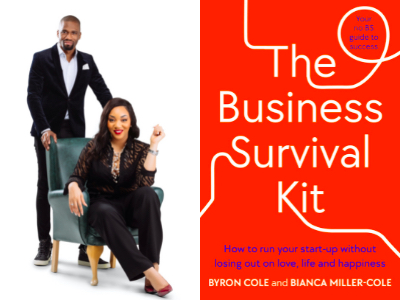 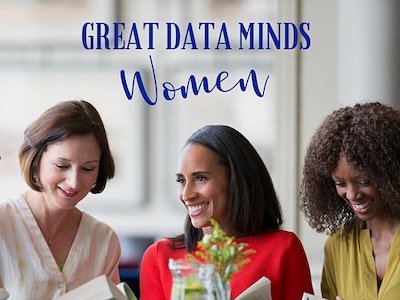