0
You have 0 items in your cart
Go To Shopping
Home > Inspirational Profiles > HeForShe > HeForShe – Richard Gadd, Managing Director UK & Ireland at Hitachi Data Systems: Making sure people see the benefits of having a balanced working environment I support the campaign for two reasons. Firstly, I have a smart teenage daughter who I would hate to think of as ever being held back by her gender. Secondly, I have borne witness to several very smart females in business who I believe were not given the opportunity to be as successful as possible in their industry.

I think the IT industry is lagging behind, but my overall concerns aren’t borne purely out of diversity issues, but that we’re largely ignoring fifty per cent of the available talent in our workforce.

For me, it’s about making sure that people see the benefits of having a balanced working environment. Men in leadership positions should take a fair and balanced view so that they discriminate purely on talent. There are many strengths and weaknesses from person to person, but these are very rarely aligned to gender.

It’s important that men take part in the conversation, but it’s also more than that – a lot of the issues around the lack of diversity in the IT talent pool come down to the perception and stereotypes that women have around what working in technology is like. It’s down to their subject choices even before they’ve chosen a career. Evidence shows that girls achieve better grades at GCSE and A-Level in STEM subjects, but very few go on to study these at university, so in effect we’re selecting our talent pool at age 16 for our sector.

When a football club builds a youth academy, they are doing it because they have a duty of care to a future generation, to encourage young people to pursue the sport. We need to make sure that we’re doing this in the IT industry too. At Hitachi Data Systems for example, we have a partnership with Beaconsfield High School for Girls and hope to inspire and encourage its students to consider further education and careers in the technology sector.

Networking groups are very useful for showcasing the positive female role models in the tech sector in particular. We have one of these at HDS, the Women’s Interactive Network, and one of the tricks to making them work is that they should be sponsored and supported by the men in leadership positions.

I believe it’s important to incite a passion amongst a leadership team for recruiting and nurturing top talent, with no barriers around gender. This should be led from the top of an organisation, and any male leaders should help other men feel open to getting involved in the debate.

I have coached female employees both in my previous role and now at HDS. Not because they’re women, but because they are high potential talent and I’m keen to help them progress their careers. I also have an external female mentor, who is super smart and a personal friend of mine, whose opinion I value highly.

In a previous role, I coached a woman who believed that she didn’t fit the typical mould expected of a technology sales manager, but in actual fact she was the most effective manager I came across in the whole organisation. I sponsored her into participating in interviews for a number of internal positions, and found it incredibly frustrating when each time she was more capable than the male candidates that eventually got the roles.

Now at HDS, and in my leadership team, women are elected on their merits and the right talent should get the right opportunity. It’s all about talent, not simply diversity, but to achieve both we need to excite women around technology jobs. Our duty of care is to help get towards having more women apply for these roles to create a more balanced environment. 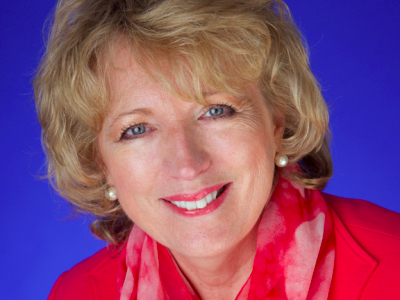