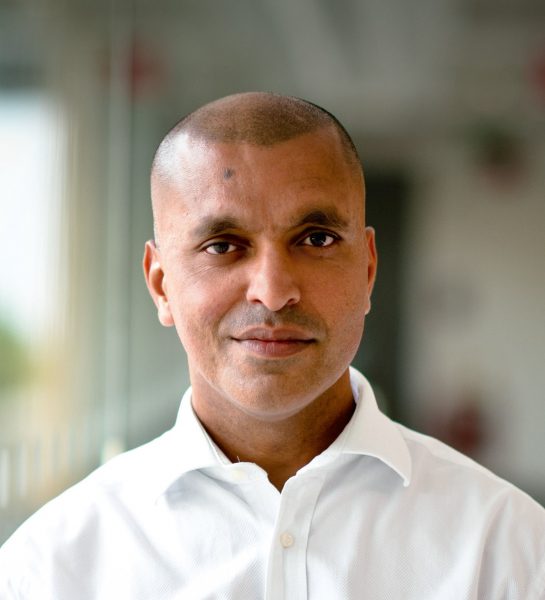 Rob is Director of Transformation at EveryCloud Security – a leading cloud and cybersecurity consultancy.

A passionate believer in a people-led future fuelled by technology, he also leads EveryCloud’s partnership with Workplace by Facebook, focused on giving every employee a voice regardless of role or location.

A regular public speaker on the subjects of Cybersecurity, The Future Of Work and Diversity & Inclusion, Rob is also a Judge for the UK Business Tech Awards and the Northern Power Women Awards – and is a Trustee on the board of GreaterSport, a Manchester-based charity passionate about changing lives through sport and physical activity.

Rob is a past winner of the Northern Power Women ‘Agent of Change’ Award and the Women In Sales (Europe) ‘Best Male Mentor’ Award – and is currently listed in the Financial Times HERoes Top 50 Male Champions Of Women In Business and the Financial Times EMpower Top 100 Ethnic Minority Executives lists.

It makes me smile – the number of people who assume I must have a daughter and assume that’s why I support HeForShe, Northern Power Women and the like.  I don’t have a daughter, nor a sister.  My passion for gender equality was ignited when I was at college – and was asked by the captain of the women’s football team if I would be their coach.  What I learned about this group of women was that – unlike many men’s teams – not one of them seemed to think they were the next Messi or Ronaldo.  They had a selfless camaraderie, a hunger and drive to be the best they could be – and an absolute and unconditional trust in me as their coach.  I became more emotionally attached to the fortunes of this women’s football team than any men’s team I have ever played for.

Most men know that gender inequality is wrong.  Most male leaders know that organisations perform better when they have greater gender diversity in the leadership pool.  But for me the “leadership” conversation goes far deeper – when you look at how different workplace culture is in today’s digital age.  For the first time since the Industrial Revolution, hierarchies are rapidly dissolving.  Not only does the digital workspace enable a flatter, looser and more open working style, it is also a response to changes in the people who make up today’s workforce – and their evolving expectations. “Command and control” leadership – traditionally a ‘masculine’ style – simply can’t cut it in the new world of work.  What’s needed is transformational, rather than transactional leadership, with a greater emphasis on softer skills such as empathy, consensus building, coaching and mentoring – traits traditionally seen as more “feminine”.  It would be crass to now claim the future of business depends on women alone – or to suggest that certain traits are exhibiting exclusively by men or exclusively by women – but there’s no doubt that for the good of the economy and society, for both men and women, we need a greater balance of female leadership than ever before.

My experience is that it varies.  With some people – and in some arenas – I find men openly welcomed and encouraged to partake in the conversation.  I was delighted to be invited onto a discussion on Radio Manchester recently for International Women’s Day, where the host Stacey Copeland actively sought for a balance of men and women into the discussion.   On the other hand – I have also heard comments such as “Why is a man talking about that?  What’s it got to do with them?”

Good question.  I’ve never really thought about this before – but possibly I guess, for some men.  That doesn’t necessarily mean those groups – with those names – shouldn’t exist though as it does generate a sense of belonging, commonality and community for those group members.

I’ll try to avoid getting on my soap box here – as I could go on for hours about this!  I will pick out two areas I feel strongly about though.

Firstly – all businesses need to take gender balance seriously all year round and embed it in their culture.  Whilst there was some fantastic activity on International Women’s Day  – there were a few elements that I found rather galling, where it appeared some businesses were using it as a PR stunt – trying to persuade external and internal audiences of their inclusive values, whereas under the bonnet the reality is rather different.

Secondly, with regards encouraging men, I’d like to see businesses recognising working fathers as just an important parent to a child as working mothers.  I have evangelised for years the importance of working parents taking time off to spend with their children.  However, society still raises an eyebrow when fathers decide they’d like to take time off with their children – whereas mothers taking time off is seen as the norm.  That kind of attitude will just go to cement that caveman concept of men being the ones who go out and earn a living and women being the ones who stay at home.  I think that’s a debate that many men could relate to – and is one way of welcoming them into the gender debate.

Absolutely – and the year before last I was honoured to receive the European Women In Sales “Male Mentor Of The Year” Award. I’m currently mentoring a lady who has recently been made redundant and is considering a change in career direction into the cybersecurity space – and I am soon to start some mentoring for a charity in Manchester called GreaterSport, where I am a trustee.  To be honest, as a mentor I find I get just as much value and enjoyment out of the relationship as the mentee.

It’s certainly true that men are more likely to put their head above the parapet and bang at the door looking for a promotion – although I think the difference in this respect between men and women isn’t as stark as it used to be.  Slowly but surely, we are seeing more amazing women in senior leadership positions – and the more we shine a spotlight on those role models, the more confidence it gives women to go for those kinds of roles and the more confidence it will give men to support the campaign for gender balance. 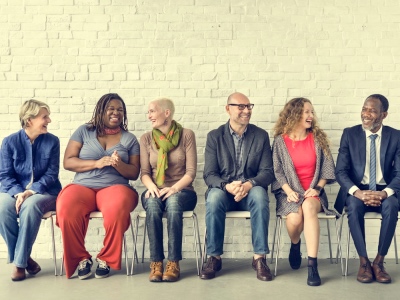 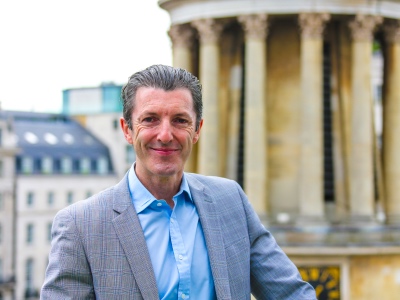 Looking back at 2019: Our top Inspirational Women & HeForShe interviews 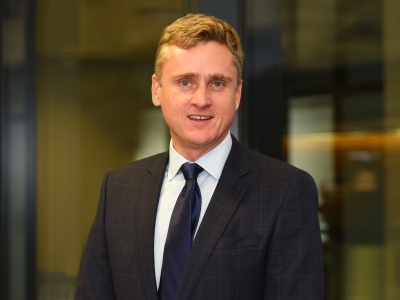