Clinton clinched the Democratic presidential nomination this week to become the first woman in the 240 years of US history to obtain the position. She is also the first ever former-First Lady to run for President, due to her marriage to former-President Bill Clinton.

Clinton has secured 1,812 pledged delegates and 572 superdelegates for a total of 2,384 delegates.

She was reported as saying: “We are on the brink of a historic, historic unprecedented moment but we still have work to do, don’t we?”

“We have six elections tomorrow and are going to fight hard for every single vote, especially right here in California.”

She was battling for the nomination against Bernie Sanders. Clinton will be set to face the presumptive Republican nominee Donald Trump in a general election in November.

However rival Sanders said Clinton had not won as she was dependent on superdelegates who could not vote until July’s party convention.

The former Secretary of State is also the first woman to be elected senator from New York.

Clinton launched her first race for the White House in 2008, but was defeated by then first-term Senator Barack Obama in the nomination race, who later won the general election and became the first US African-American president.

Clinton was recently poled in second place on the Forbes’ Top 100 Powerful Women list, with Angela Merkel taking the crown. 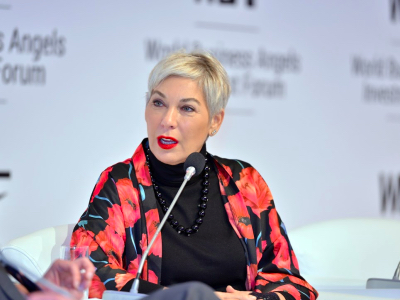