0
You have 0 items in your cart
Go To Shopping
Home > Culture > Film, TV & Music > Hollywood isn’t a place of equality, according to Anne Hathaway

In a conversation with Elle about the upcoming Oceans Eight movie, Anne Hathaway discussed equality in Hollywood. “Hollywood is not a place of equality,” she told the publication. “I don’t say that with anger or judgement; it’s a statistical fact.”

And even though I’ve been in some female-centric films, I’ve never been in a film like this.

“It just kind of makes you aware of the ways you sort of unconsciously change yourself to fit certain scenarios..”

“It’s not better or worse … or right or wrong, but there are certain things you understand about one another because of experiences you have in common … it’s probably easy for men to take that for granted. Just being on a set where I’m the one who possesses that ease is really something. It’s a nice alternative narrative.”

She said: “When I’m a second or a third lead in a film – usually the first and second leads are men – my character doesn’t feel political. But when I’m number one on the call sheet, it suddenly becomes a ‘woman’s story’ and it’s a statement.

“That’s the moment that we’re in. In this movie, there are eight women starring, so it may well attract that sort of attention … But good luck to any person who tries to take on Sandra Bullock and Cate Blanchett because you’re not going to win.”

Hathaway, who, alongside husband Adam Schulman welcomed a son into the world 11 months ago, was happy to know the set of Oceans Eight would be family friendly.

She added: “I only have one experience so far, and it’s a movie that stars eight women, four of whom are mothers – which is definitely not the norm.

“On ‘Ocean’s Eight’, kids were welcome on the set. [Before we started] I got an email from Sandra Bullock saying, ‘Hey, listen, we’re going to make this a really welcoming place for kids… so don’t be afraid to bring your son. We love kids here.’

“Change is going to come, but it’s going to take people like her with the power to make change to demand it.”

Hathaway will star alongside actresses such as Helena Bonham Carter, Sandra Bullock, Rihanna and Cate Blanchett.

Oceans Eight will hit cinemas in 2018. 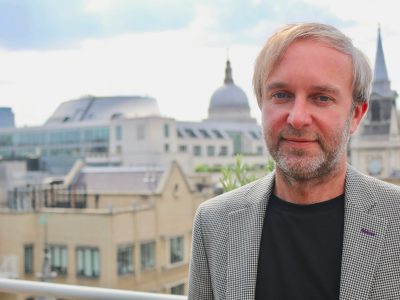