There is a common perception – particularly for women – that time spent parenting is time that detracts from career development. I mean, how can wiping noses and hanging out in soft play centres (okay, motherhood does encompass a tad more than this, but for some reason, it was these two activities that came to mind first, so let’s not analyse that any more than we have to) actually help your career?

A lot, as I have come to realise. It is seldom recognised, but looking after kids turns out to actually be the best type of continual professional development that you can get your hands – and wet wipes – on.

Take problem solving, for example. As a parent, you become a ninja problem solver. You figure stuff out that should be impossible, such as how to make your child leave a party without throwing a tantrum, or how to share a toy designed for one with three under-fives. These are problems that would leave your average CEO banging their head against their mahogany desk in frustration, but not for you. You can solve problems in your sleep. Which is just as well, as you don’t have any other time available.

Of course, all parents become highly trained in negotiation skills. Trying to do anything with a two year old means that as a parent, you hone your negotiating skills to absolute perfection.

And then there is the ongoing organisational skills training. There is no organisational challenge quite like getting two kids ready in the morning, delivering one to nursery and the other to school, with neither of them being late. Like all logistical nightmares, it can seem simple, until you experience it for yourself. At which point you realise that you need to be a black belt in time management to get two kids dressed whilst one insists that he is not putting a top on unless it is the Batman t shirt that you know full well is in the laundry basket, whilst the other won’t take his eyes off CBBC, has toothpaste on his tie (but seemingly none on his teeth), and you are simultaneously cajoling one into reading out loud to you, answering a question from the other about Santa Claus and putting your own shoes on whilst trying to locate the car keys. Organising anything involving adults after this will be a walk in the park. Unless it’s a walk in the park with kids, of course, where you need to prepare for 1. A potential nappy leak the moment you leave the house, 2. A grazed knee and a bumped head from a scooter accident and 3. A change of clothes if ice cream is involved.

Of course, all parents become highly trained in negotiation skills. Trying to do anything with a two year old means that as a parent, you hone your negotiating skills to absolute perfection. Confronted with a child who crumples to the floor with screams of despair when informed that we have run out of Weetabix Minis takes much cunning and conciliation to restore peace. Intervening in a sibling fight where the Stormtrooper figure is being used as a tug of war rope, where each side insists that they had it first and where backing down is not only seen as a terrible weakness, but as an invitation for the opposing side to stick their tongue out in triumph, takes negotiating skills the likes of which the UN would die for.

As a parent, you become a ninja problem solver. You figure stuff out that should be impossible, such as how to make your child leave a party without throwing a tantrum, or how to share a toy designed for one with three under-fives.

Which leads nicely onto honing your patience. Never will dealing with slightly stroppy staff seem a challenge once you have had the experience of cajoling a three year old on a walk to the shop. Stopping to inspect every fallen leaf, crawling insect and unidentified crumb, trying to get anywhere with young children is a sure fire way to build up patience of steel. I am such an expert at it, I can even grind my teeth without growling these days.

And let’s not forget creativity. The life blood of any business serious about its future, as a parent, you rock in the creative department. When your child offers up a handful of Lego bricks, a partially licked lolly and a rusty washer they found on a walk to the shops with the words: “Mummy, make me a rocket please,” parents do not flinch. Oh no. They rustle up a quick rocket with Spaceman Lolly and his intergalactic frisbee, usually whilst hanging out the washing or Hoovering the kitchen.

So, whenever I am looking after my kids and I wonder if that’s my brain I can feel dribbling out of my left ear, I remind myself that this, right here, holding my son’s willy as he tries to learn to aim into the toilet and not at the adjacent wall, his feet or even worse, my legs, is me honing my motivational skills. *

The life blood of any business serious about its future, as a parent, you rock in the creative department.

* Disclaimer: In the workplace, please do not hold people’s willies in order to motivate them. Whilst it may – accidentally – work, it is not recommended.

If you enjoy Plate Spinner: the Abigail Nash blog then you might want to pop on over to www.motheringfrights.wordpress.com, where I write a parenting blog exploring more fully weighty parenting concepts such as: How many chocolate buttons does it take for a four year old to put his coat on? I have also published a book on my experience of being pregnant and a mum, called Womb with a View. The paperback is for sale here: www.jodienewman.co.uk and the Kindle version is on Amazon, where you will also find reviews of the book. And before you ask, no, I didn't pay any of them to say those nice things.
Previous PostWarning: use images with careNext PostWearing School Uniform builds self respect 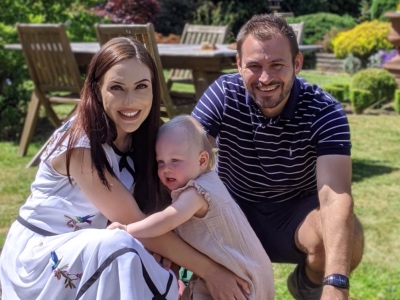