When it comes to setting targets around gender in senior leadership a lot of companies like to hedge their bets.

They’ll aim for 30 per cent of senior management to be female, maybe 40 per cent if they’re feeling punchy. Sky’s target, however, keeps it very simple: the world is 50/50 men and women, so the boardroom should be too. For Tamara Kaye, Head of Women in Leadership at Sky, it’s possible to talk about these sort of numbers because the company is already committed to the conversation and pragmatic about what’s necessary to get there.

“From a mindset point of view everyone is onboard, and that’s great to see. When I ask for support from senior leadership it happens. I don’t think we’d have set a target if it wasn’t doable but it’s about people planning. In terms of maintaining a strict 50/50, once we get there, of course numbers can rise or fall slightly, things change, there’s always going to be some flex but we need to drive towards balance.”

Driving towards something has always been Sky’s strong point in this area. When the company decided it wanted to focus on achieving a better gender balance it didn’t approach it half-heartedly. For an organisation as huge as Sky there simply couldn’t be a one-size fits all approach, and the way it’s tackled gender diversity across every aspect of the business is something other large organisations should be looking to steal.

“We have three key pillars that have hard targets,” explains Tamara. “We want 50/50 in our leadership team, Women in Tech at 30% and Women in Home Service at 20 per cent, and all of those targets to be met by 2020. We keep track of progress with regular reporting and holding senior leaders to account.

“For the Women in Leadership stream we developed a bespoke programme for middle manager level. We are looking to build the next generation of our female leaders, who need to develop their confidence and grow their support and network in the business with mentoring and sponsoring.  We currently have around 100 women on the programme.

“Get Into Tech is a programme that’s gone national and comes under the Software Academy banner, run by Conrad Langworthy (male agent of change from Women’s Business Council). It’s a free course for any woman, whether she’s just left school or is nearing retirement, to help them get into coding. We’ve hired 42 people who started in Get into Tech. The Software Academy is open to everyone but we strive for a 50/50 gender balance. We also have a tech scholarship for women between 18-25. And then for women in home service, we have an engineering programme and we’ve hired 66 women through it. We will have trained up to 800 women as engineers by the end of next year, so even if they don’t get a job with Sky, they’ve still achieved an engineering qualification and we’re helping to increase the population of women in STEM in the UK.”

Although leadership, tech and home service are three target areas for Sky that’s not where their commitment to gender equality ends. The Women at Sky employee-led network runs regular development events and has a male allies programme. Making sure that no-one is forgotten about seems to be a key priority. 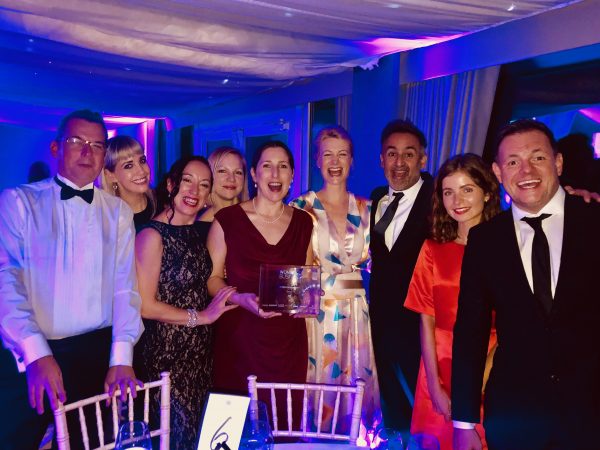 Most recently Tamara has been working on a returners programme to support people who have been out of the workforce for several years back into work. Ideally at a level similar to the one they left at, which in this case was a senior level.

“For the returners programme, we identified five key areas we wanted returners to go into – areas which are traditionally very male-dominated – and we had such a high calibre of candidates for the programme that we ended up extending the number we took on from five to seven. We worked with Women Returners to develop the programme and they run the coaching support that the women receive. At the end of the hiring process, everyone involved was so pleased with the results that they wanted to see more done to tap into this previously hidden talent pool as part of the day to day recruitment process. What it showed was that talent goes beyond a CV.”

Tamara does admit that there are still areas that need work. She believes that flexible working, although supported across the entire business, could still be better embedded in certain areas.. She explains that part of her role is to encourage all areas to embrace the foundations that we know make a real difference: a good and consistent approach to flexible working, 50/50 short-lists for all senior positions and providing senior level mentoring and sponsoring to women across the business to help their progression. The response to this, the openness to look at how to make things better, shows that there is a real determination to continually be better throughout the entire organisation. 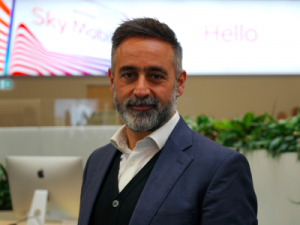 Fairness and equality are values that sit at the heart of Sky and that means making sure we’re creating as many opportunities as possible for our female talent. We have an ambitious target in place to increase female representation in our leadership team to 50 per cent by 2020. This is about creating a business where women are fairly represented throughout and although there is some work to do, we are making great progress and we have some fantastic programmes in place to help us get there.

Her advice to other organisations looking to do the same is as pragmatic as ever.

“Set targets, make them realistic but stretching. For example, in Home Service we started at two per cent so 20 per cent is a stretch but it should be doable. Put a solid business case together and lead from the front. You have to keep the momentum going. The goal is that one day we won’t need a Head of Women in Leadership. That’s the goal and it should be, all of this should be business as usual.”

Harriet Minter is a journalist, speaker and future author. She founded and edited the Guardian’s Women in Leadership section, which focussed on women in the workplace, and is a columnist for Psychologies magazine. She’s written for publications including The Times, Huffington Post and The Pool. Prior to working at the Guardian she completed a Politics degree at Newcastle University following which she started her journalistic career at RollonFriday.com, the leading news site for lawyers. She is a regular speaker on women’s rights, the future of work, and digital media. In the past two years she’s given two TED Talks, the first on the importance of learning to fail and the second on yoga, which have had 10s of thousands of views. Outside of work her passions include high heels and big boats – just not together.

WeAreTheCity are proud to be working with Sky as one of our Investing in Women corporate members. You can find out more about becoming a member here. 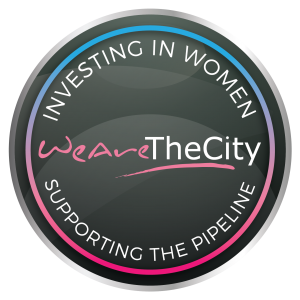 0Shares
diversitygender diversitInvesting in WomenSkyTamara KayeWomen
Previous Post12/02/2019 – Your Year to Thrive – Planning and Goals | A WeAreTheCity Careers Club EventNext PostNew year, new start | How to get a head start on the job market in 2019