When I started out in my career over a decade ago I soon realised I have a deep passion for problem-solving and finding innovative solutions.

I love removing barriers in a situation so that creativity can flourish. I believe this is important in business. As such I have spent the last seven and a half years working for MOFILM, a marketing focused online video company with over 10,000 creators globally, where my skills have blossomed.

It’s been a career whirlwind so far as I started as an Account Director, moved into a Group Account and then Managing Director role.  At the beginning of this year I was promoted to Global CEO. I don’t believe there is a science to progress but there are certainly some things I’ve discovered along the way that I often share with the women I coach and that I hope you’ll find useful when reading this, and in turn you’ll share with other women when it comes to career development.

One myth to bust, straight out the gate, is that you need to know where you’re going. That you need a 1, 3 and 5 year plan. I agree wholeheartedly that goals you write down are infinitely more likely to become things you achieve, but personally I have never had that driving goal/vision that makes a 6 year old decide to be a doctor and actually make it happen. There has been a certain element of leaning in to what’s exciting and where I’m learning, that has driven my career path in a more organic way. I’m certainly biased, but I think it’s also enough to know yourself and worry less about where you’re going in the abstract. Just pay attention to whether you’re happy, inspired and growing. Here come my other learnings:

When you find yourself in the presence of brilliant, possibly more experienced & smart people, be a sponge. Don’t be intimidated. Soak it all up – what do they say, how do they think, what is their process for greatness? Take note of everything you love and admire but be careful to incorporate great practices into your own way of working. Your team – your clients too – will always know when you’re not speaking in your own voice.

Find your mentors but develop your own emotional intelligence

In my experience, being knowledgeable, understanding your subject area inside out and learning from technical and leadership pockets of excellence around you are key. But just as key is being able to read a room. Especially if you need to sell as part of your role, but even if you don’t; knowing when the people you’re presenting to are following your message, whether they agree and knowing how to subtly change gears if not, is a brilliant tool for ensuring your communication lands in the intended way.  Being perceived as someone that people regularly find themselves in broad agreement with is a great foundation for increased responsibility.

Be honest but never run in the corridors

Trust is a huge component of entering into management. It can be tricky if, like me, you go from sitting amongst your peers and swapping life stories, to also having to be the bearer of occasional bad news, tough conversations or conflict resolution. In general, when there is mutual trust between you and your team, much greater things are possible.  I find that total honesty and shared, transparent goals can drive this – so when the pressure is on and deadlines are looming, we are all aware and in it together.  Despite radical honesty the key here is always to be a swan. No matter your level, urgency is good and keenly felt by those around you when it’s required; panic is never welcome.  Whether you’re leading and people are looking to you for an answer, or you’re responsible for the hands-on action of a solution, a calm presence is the ultimate trump card in the face of any situation.

There is a lot of power in knowing yourself well – what drives you but also what you contribute, where you add real value and what the 10/10 skills are that you bring.  It’s also really important to know where you don’t shine as brightly and be very matter-of-fact with yourself about that. Not in an interview style, where every weakness can be portrayed as a strength, but in a genuine sense of ‘you definitely don’t want me on that part of the project – I’ll do this other part, it’s where I’m strongest’.

There may be areas you really want to improve upon and invest energy in developing your ability. On the flip side, there may also be an assessment to be made: Am I terrible at this? Is that because I really don’t enjoy it? Am I good at it in any other areas of my life? If it is a skill you just don’t have and don’t want/need to learn then make absolutely sure there are people around you who are expert in the things you lack. Even if not in leadership, people in your team will often be the yin to your yang. If you are not a detail person (guilty), find a detail-freak in your organisation and either learn from them or ask them to sense check ultra important plans you’re making before you share them, for example.

And my final piece of advice – if you’re wrong, say you’re wrong. Most people can handle a mistake being made that is owned by someone who can see it for what it was – a mis-judgement – and have the confidence to put their hands up and claim it.  Essentially, handled like this, it’s all just learning. Defensiveness, worse deceitfulness, or even avoidance, leave a much sourer taste in people’s mouths than honest, apologetic realisation of an error. Just don’t make the same one twice!

Whatever industry you’re in and whatever career path you’re following, I hope my learnings above, which I’ve gained by rising through the ranks in my business and working with amazing companies, helps you embrace the future.

Rebecca Sykes heads up MOFILM, the global people-powered content company which works with a network on 10,000 filmmakers and curators across the world. Having worked brand-side for GM in Europe and alongside clients such as Cornetto, Guinness and Chevrolet, Rebecca’s knows how to create global video and digital campaigns that resonate at a local level.

MOFILM’s first Super Bowl contest delivered Chevrolet’s highest performer on the Super Bowl Ad Meter. She also helmed an Oscar program for the brand, which offered mentoring to filmmakers around the world from “Titanic” and “Avatar” producer Jon Landau.

Rebecca developed and launched the Academy of African Filmmakers in partnership with Guinness, building a community of 3,000 filmmakers across Kenya, Nigeria and South Africa. Through MOFILM’s efforts, the network created pan-African television commercials for Guinness, drawing from real insights, local talent and stories within Africa. After its initial launch, Unilever signed on to sponsor the Academy for the next two years. The innovative campaign received five Loerie Awards nominations.

In addition, Rebecca oversaw Cupidity, MOFILM’s anthology of quirky, honest love stories for teens. The project included the creation of a series of short films for Unilever’s ice cream brand Cornetto, which generated more than half a billion views by the end of the third season and eventually secured the brand’s first-ever Cannes Lion Award. One instalment, ‘Two Sides’ was the first time the brand used technology-heightened storytelling by combining binaural sound, point of view shooting and the ability for the audience to switch channels between the characters’ perspectives.

Having won a Cannes Lions award, Rebecca understands how to deliver effectives content. She oversees the implementation of multi-market business change in both digital and social. Rebecca leads MOFILM, which consists of a community of over 10,000 filmmakers across the globe, from every genre. MOFILM embraces diversity and believes that many voices are better than one. The more diverse and interesting those voices are, the better the creative solutions they collectively uncover. 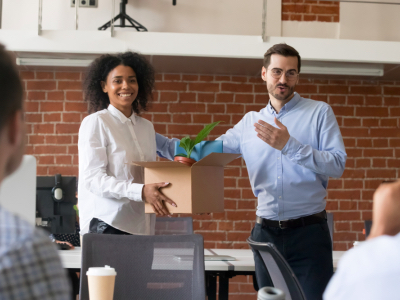