0
You have 0 items in your cart
Go To Shopping
Home > Career Development > Professional development > How to tackle toxic hyper-masculinity in the workplace? 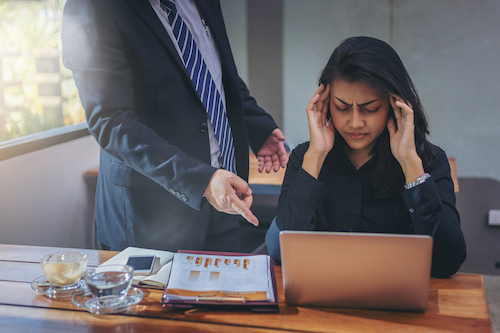 Everyone has seen or experienced the impact of toxic masculinity in all walks of life, including the workplace. And it is not something that only alienates women, but something that also affects a wide variety of men as well.

And while it is easy to identify this harmful expression of masculinity, doing something about it in the workplace is another problem altogether.

Toxic masculinity can be present in all sectors of professional activity and concern all social classes, and of course it can be prominent in political spheres as well. And it seems reasonable to assume that the more ‘masculine’ a sector is, ie undiversified, the more toxic masculinity can prevail with little or no resistance.

A 2019 UK study by the charity Young Women’s Trust found that two out of five women managers, and one out of five male managers think their workplace has issues with sexism.

If you type “sexism” in the search engine on the professional network LinkedIn to see comments, you can read plenty on this subject. On the other hand, when we do the same exercise with “toxic masculinity”, the results are more contrasted. One cannot say that the definition is universally agreed upon.  Gilette, the razor company defined it through a video advert on social media in January 2019 in response to the #MeToo movement with the title: “We Believe: The Best Men Can Be”. The video provoked strong reactions: 1.5 million Internet users “unliked” it on Youtube. The Gilette video portrays various situations of male harassment of women, in which males initially pass by without intervening, but later, thanks to the #MeToo movement, men suddenly change their behaviour and take action.

The very concept of toxic masculinity to some people, has been criticised as implicating all men. So Gilette was accused in some quarters as guilting men with feminist propaganda. Questioning masculinity gives rise to fears. Most economic power is in the hands of men. In the world today, they hold 50% more wealth than women. In France, in the boards of the CAC 40 companies, there are only 20% women. To rethink masculinity is to seriously consider sharing power and hoping to achieve equality.

Victoire Tuaillon, the author of the « Les couilles sur la table » (“Balls on the Table”) French podcast, recently published a fascinating book questioning the concept of masculinity as defined today. The author particularly questions the gendered choices in terms of vocational guidance. Jobs in the care sector are, for example, mainly occupied by women. This is largely explained by the gender stereotypes that condition our choices. When certain leaders position women as managers or have a larger proportion of women on their teams, it is interesting to look deeper into their motives. It turns out that women are chosen because they are assumed to be able to listen, to be empathetic, selfless … mothers in short. These are not qualities that are expected of men in the workplace. They are expected to be firm and authoritarian.

To detoxify their workplaces, organisations can promote more women to high responsibility jobs. Many studies have proven that this helps make the company culture evolve.

They need to organize awareness workshops, and make it clear that those diversity and equality values are part of the managerial values in the company. That will help women feel more at ease to stand for their career progression.

It is also very important to stress the fact that men should not feel pressured to adopt manly codes. Men often even tend to outwit the manhood that is expected of them (for example, they might be reluctant to ask to work part-time to take care of their children as they assume that the company will more easily allow this to a woman, etc.). Interestingly enough, some women that get high positions in companies can still be victims of this hyper masculinity as they themselves reproduce the social norms of manhood and adopt manly attitudes (being authoritarian, etc.) as they unconsciously have associated those characteristics to higher positions.

It is also important to stress the importance of education and of integrating those issues in higher education courses, so that future employees and managers are aware of those gender stereotypes and bias in companies, that they need to work against. It is a way of raising awareness at an early stage and prevent such behaviour happening in the workplace. 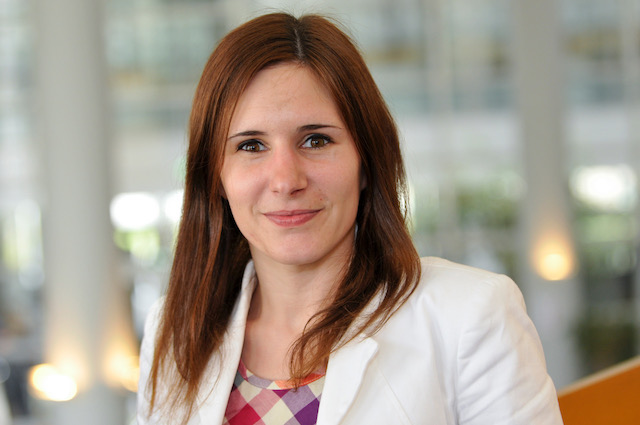 Anne-Laure Guiheneuf is Head of Research Studies at Audencia Business School and Project Manager at the Audencia CSR Chair. 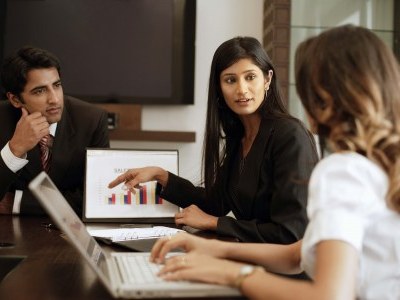