When I perceived an injustice, I raised my voice.

This was Julia Gillard at her Primary School. When I perceived an injustice I raised my voice and I was heard. I had an effect. I realised you can make a difference if you speak up.

If you looked at the great photographs of Michelle Obama at Mulberry school, you may just have glimpsed a redhead in the background. The topic was Leadership, and Michelle Obamap was speaking of her project Let Girls learn. Julia Gillard was promoting Global Partnership for Education, of which she is now the chair.

Both women recognise the need for powerful role models, articulate, speaking out. Michelle Obama said “I see before me a room full of Barristers, Doctors, I see leaders who will inspire folks all across the country and all around the world,”

Speaking at the London School of Economics. Julia Gillard spoke of the path she took to leadership. Starting with that moment at Primary School, she enumerated the factors which affected her journey. She spoke of the key elements. At the age of 4 a little Welsh girl moved to Australia for her health. A migrant. She didn’t set out to become Prime Minister, but she wanted to make a difference . She was encouraged to aim high,and aspire to anything. No gender difference. She went to the local Primary, Secondary and then to University. Here is where she speaks of politics having an impact. The then Labor Prim Minister Gough had abolished University fees. Had she needed to pay, her life story would have been very different.

These are the markers on her journey.

A strong supportive family. She grew up in a family of girls only.

All children need the foundation of a great education. As a young activist she became vocal against the education cuts, becoming involved in politics at a local level.

One of her strong drivers was recognising injustice and the conviction that you can make a difference.

You also need a strong sense of purpose. You need to know why, have a clear mission, but you need the education and opportunity to sustain you there.

Crucially you need a strong sense of self, for the difficult times, the obstacles you will encounter. You don’t have to aim to be Prime Minster, but you do have to be the best you can be. “Who are you to be amazing? Who are you not to be?” (Marianne Williamson)

Who knows if one of the readers of WATC may become a world leader? May become CEO of a large company. Even if only a young entrepreneur starting out, these are some of the factors to take into account as you aim for success. 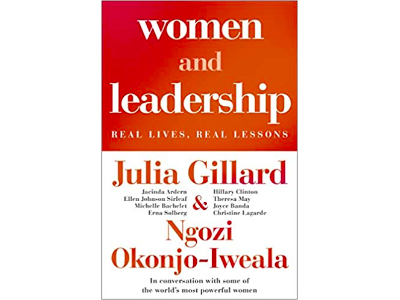