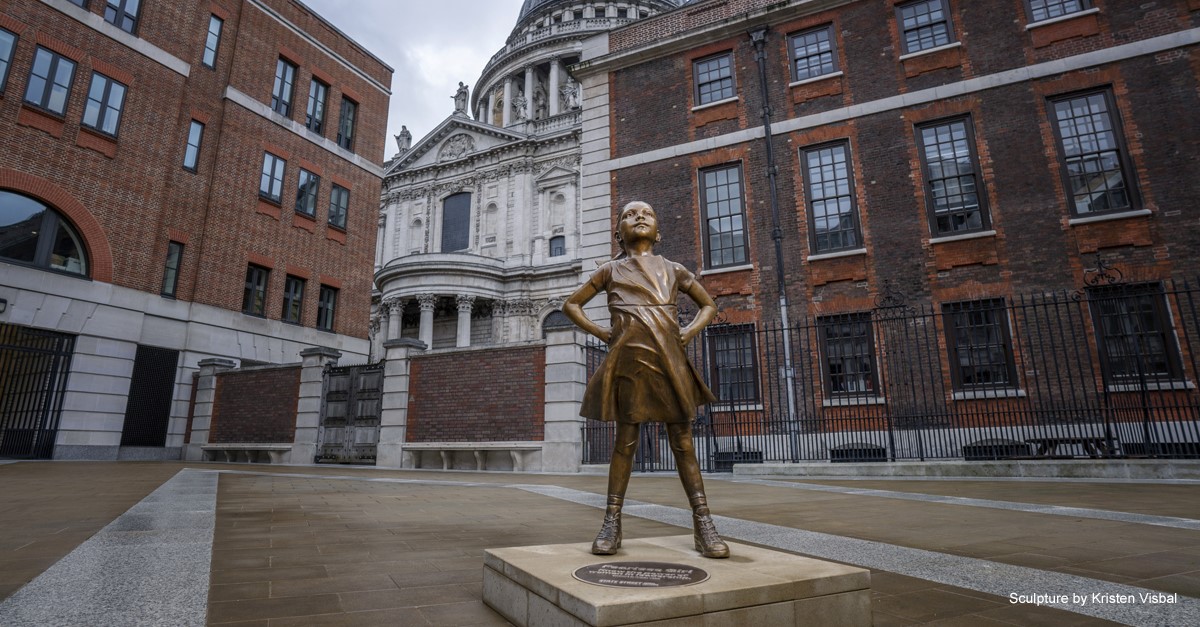 The statue, which depicts a defiant girl, has been installed outside the London Stock Exchange, where she will reside for the next three months.

Fearless Girl was commissioned to highlight the need for more gender diversity and women on boards. SSGA also said it was highlighting that one in four of the 3,000 largest traded US companies did not have even one woman on their board.

State Street Global Advisors announced today new impact numbers demonstrating continued progress for the firm’s gender diversity asset stewardship programs in the US, UK, Australia, Japan, Canada and Continental Europe. Concluding its second year, 423 companies identified by State Street Global Advisors have now responded to the firm’s call by adding a female director to their previously all male boards and another 22 have committed to do so.

Speaking about the installation in London, Lori Heinel, deputy global chief investment officer at SSGA said, “We are delighted to bring this impactful campaign to London and continue to take a stand for the important issues of gender diversity at the board and senior leadership level.”

“Studies have shown that companies with greater gender diversity at the senior leadership levels generate better returns than their peers.”

“That drives our conviction to continue our engagement and voting efforts as we look to make further progress on this important topic.”

David Schwimmer, chief executive of the LSE said, “We are delighted to welcome Fearless Girl, not only to the City of London, but to our home at Paternoster Square.”

“We fully support her mission of raising awareness of the importance of diversity on boards and within senior corporate leadership.”

Alison is the Digital Content Editor for WeAreTheCity. She has a BA Honours degree in Journalism and History from the University of Portsmouth. She has previously worked in the marketing sector and in a copywriting role. Alison’s other passions and hobbies include writing, blogging and travelling.
Previous PostToronto School of Management to livestream #WomenwithTSoM eventNext PostWhat I really think about the term ‘mumpreneur’