0
You have 0 items in your cart
Go To Shopping
Home > Blogs > Life of a Lady Blog > Are you comfortable calling out inappropriate behaviour? 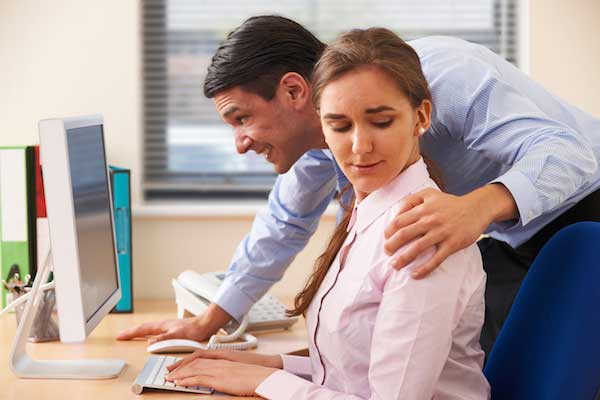 How do you think your organisation would respond if you raised an issue around inappropriate behaviour?

Would you have the confidence to call it out if it happened to you or you witnessed it?  What would you do if a colleague told you they had been subjected to harassment?

These questions are timely as we’ve read about hundreds of women in the entertainment and several other industries including the political one, being assaulted by powerful men. Till now in the MeToo campaign women have been unwilling to risk careers and jobs to come forward. It has made many of us think about our own workplaces, past and present.

Rina Lynch Founder and CEO of Voice at the Table, strategy consultants with a passion for diversity and inclusion runs a successful   D &I consultancy -we are collaborating peers. Women are collegiately minded – not always, as I’ve pointed out before. It’s a sensible way of working as these associations often bring benefits to both of us. And Rina agrees.

I was interested to read her latest newsletter where she has raised the uncomfortable awareness that inappropriate conduct towards women has always been prevalent in our culture – and is still going on.  This behaviour is tolerated in many organisations, yet, says Rina, most think it’s less widespread than it used to be. But they are wrong.

A survey carried out by Opinium Research, found that 20% of women and 7% of men say they have been subjected to sexual harassment in their workplace. We also know that over half of all inappropriate advances are not reported because people feel intimidated, often don’t see any action being taken by management – or the complaint isn’t even acknowledged. Several women in the City took their cases to an industrial tribunal and even when they were  successful and awarded financial compensation their careers were ruined as they were labelled troublemakers.

So Rina and I ask again: How do you think your organisation would respond if you raised an issue around inappropriate behaviour? Would you have the confidence to call it out if it happened to you or you witnessed it?  What would you do if a colleague told you they had been subjected to harassment?

None of this is easy, or comfortable, she says. But we owe it to ourselves, our colleagues and our organisations to do something about it. Changing the perception of what’s appropriate is a step in the right direction.  That starts with developing empathy, checking our assumptions about others and changing cultural norms.  It takes time and – with the right help and guidance – your organisation too can start the journey to an inclusive, respecting culture.

And the more we become aware of inappropriate behaviour, the more we see it around us.  Custom may dictate an acceptance of practices that, when we think about it, can make us feel uncomfortable.

Here’s an example: the famous statue of Juliet in Verona. The custom is if you rub Juliet’s breast, you’ll be lucky in love. Tourists flock to have their photo taken with a hand on Juliet’s breast.

Is that fun, an age-old tradition, or a practice that’s had its day?

What do you think?

Lady Val is our Life of a Lady Blogger. Lady Val is also the founder of 'Lady Val's Professional Women's Network.' You can Reach Lady Val on: Life of a Lady Blog, Lady Val's Professional Women's Network
Previous PostEU’s Vĕra Jourová pushes 40 per cent quota for women on company boardsNext PostReading redefined with Reading In Heels