She first made an appearance back in October as a guest and was a hit with viewers, who praised her story and presenting skills.

Willoughby, now 50, worked for ITV regional news for a decade as male. She left in 2010 to begin transitioning and returned to the same role on 3 October as her true self. She recalled the struggle of balancing working as a woman during the week and then returning home to visit her son as a male.

She said: ‘During the week, I lived as India in Newcastle and every weekend I’d go back to Carlisle, wearing jeans and a football shirt to see my boy. ‘I had two sets of friends, neither of which knew the other. My family and friends were completely oblivious to the life I was leading.’

Before yesterday’s appearance on Loose Women , she said:

“I’ve always loved the show so I just can’t believe I’m going to be a part of it,”

“Hopefully my history will bring something new to the mix. All the Loose Women have overcome some sort of adversity, they all carry battle scars and that’s what makes them interesting people.

“Mine just happened to my body throughout the journey to become my true self. I feel like the luckiest girl in the world right now and I can’t wait to get live and loose.”

It appears as though India’s stint has been a hit with viewers again, with many showing their support on Twitter for the ex-newsreader.

So glad that @IndiaWilloughby is part of this new awareness and visibility . She's also bloody great! #transunity #solidarity

Well it's about time @loosewomen had a transgender woman on the panel! Congrats @IndiaWilloughby ?

Please can @loosewomen have @IndiaWilloughby as a permanent panellist she was great ??

Trans Awareness Week continues to make headlines with the Dating app Tinder announcing a new feature that allows users to add information regarding their gender. Users will now be able to choose from more than 30 options that represent their gender identity.

Tinder is promoting the change with the hashtag #NoTypesAllSwipes.

What are we missing when it comes to achieving gender balance? 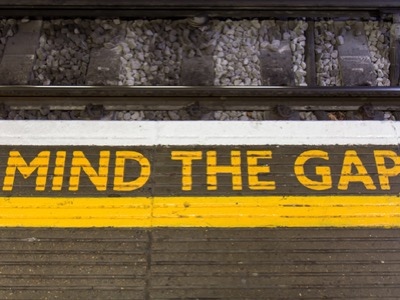 The best industries for closing the gender diversity gap revealed